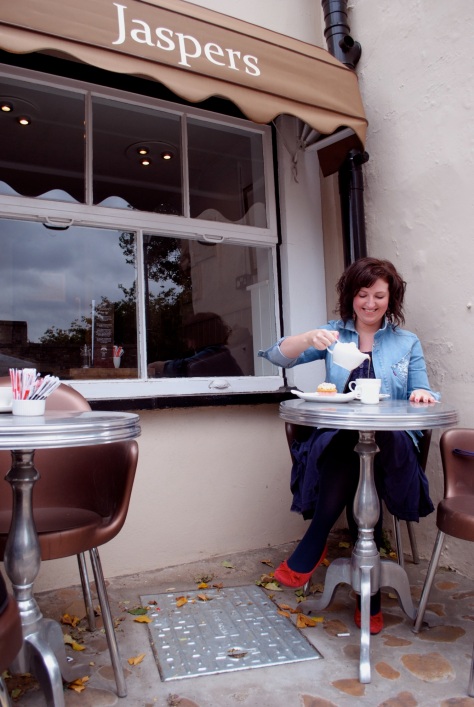 My 16 year old self wasn’t very keen on Cardiff. I grew up in Newport and thought it was great. It had everything I needed at that time: a McDonald’s where I could buy a Big Mac meal every Saturday lunchtime; a Miss Selfridge where I could stock up on black kohl eye pencils; and a Hitman where I could pretend to be cool looking through the grunge CDs. There was a bar called The Griffin where everyone from school used to hang out (yes, when we were 16) and I could recite the bus time-table. I remember an argument with a girl at school who was from Cardiff about how much better Newport was. I can’t even remember what my argument consisted of but I think I mentioned Annie’s bead shop in Newport Market more than once. At the time I’d probably only actually been to Cardiff a handful of times, it wasn’t ‘my place’ and I didn’t know much about it, but I was sure it just wasn’t that good. To me it was just somewhere you had to pay to get to on the train.

Eight years later in 2004, after moving to England for university, I’d changed. I wasn’t so interested in McDonald’s, kohl eye pencils or grunge, and was more concerned about finding a Pizza Express, an arty cinema and proper department stores. When I decided to move back to Wales, Cardiff seemed to tick all the boxes. I thought about what that girl from school would have said if she’d seen me moving in to my Llandaff flat.

Over the past six years, Cardiff’s become my home. I know all the shortcuts through the backstreets to avoid traffic, I’ve tracked down the best coffee shops, restaurants and bars found myself a dentist, doctor, dry cleaner, car mechanic and all the other things that make you feel like you’re really settled somewhere. I love everything about this place, from the Bay to St David’s shopping centre, Chapter Arts Centre to the amazing Bute Park, and I now find myself telling people how much better Cardiff is than Newport. Not many people argue with me, though.

Charlotte Laing is a freelance journalist and editor of ‘notebook’ magazine for St David’s shopping centre. She also edits her own online magazine about online shopping, www.mrsmagpie.co.uk. She currently lives in Llandaff.

One thought on ““To me, Cardiff was just somewhere you had to pay to get to on the train” – Charlotte”