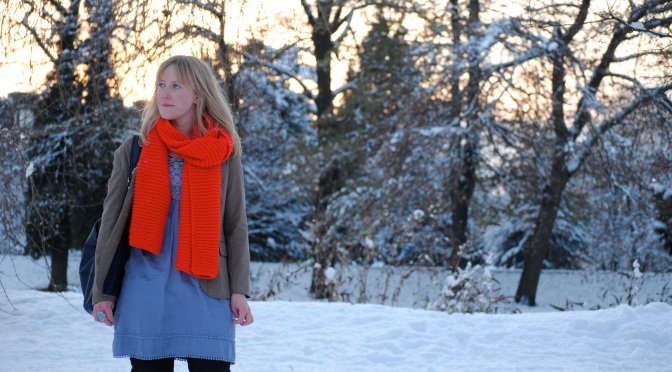 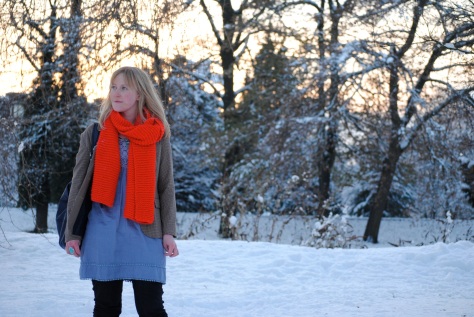 I’m very lucky to have my favourite place in Cardiff so close by. Living in a flat means I don’t have any green space to officially call my own, but Bute Park provides all the leafiness I need just feet from my front door.

I lived in Hirwaun, a little valley village, until eight months ago when I made the move to Cardiff. Back there, I had a little garden complete with mountain views, and whilst I often cursed its inclination to grow wild and unruly within seconds of my secateur attacks, it was a place of solitude, a tiny slice of grassy-ness where I could read, drink a cup of tea or glass of wine, or even just watch from the shelter of the house as rain hammered down or snow softly fell.

I’ve always spent lots of time in Cardiff. I spent years driving back and forth to and from Hirwaun for gigs, films, friends and the like before deciding to take the plunge and move. It has made my social life much easier!

As much as I now love being amidst music venues and coffee shops and cinemas and pubs, I feel a shot of nature is needed to stay sane, some natural surroundings necessary to counterbalance the city silhouette.

Early morning runs become more pleasurable when exercised within its environs, the foliage and flowers and the glistening River Taff providing stunning distractions. The same features soothe and calm on a summer’s day when a blanket can be spread on the grass, under a tree, or river side and the day spent with wine, words, chocolate and conversation. When the rain falls or the wind blows, the park’s beauty becomes slightly rougher, trees bend under the blustery breeze; rain is glugged greedily by the Taff. After a snowfall it transforms into a real life winter wonderland, a sparkling white layer spread all around. The park illustrates the seasons in an impressive natural artwork, something rarely revealed within a city.

Bute Park is a place for activity or introspection, a place to go with friends or family, a place to walk your dog or stroll solo. It’s a place of history, home to Cardiff Castle, the Gorsedd stones and the Animal Wall.

Initially developed in 1873, the park was later presented to the council in 1947. Hundreds of thousands of people have passed through it over the years. It’s a place where the energies and histories and souls of the Cardiffians gone by can be felt, as well as the stories and passions and secrets and longings and evils and regrets of the contemporaries.

It’s a place that inspires me to write, which provides a platform for my fitness attempts, which allows me to think, and gives me that shot of nature needed to stay sane. I feel very lucky indeed to have Bute Park on my doorstep.

Lisa Derrick is a Development Officer for a community arts project in Merthyr Tydfil. Lisa won runner up place for best writing on a blog at the Welsh Blog Awards in 2010, you can read The Chocolate Takeaway here and find her on Twitter @lisajderrick. She also writes for Plugged In Magazine and has published articles on the Guardian Cardiff site. She is currently studying part time for an MA in English and Creative Writing at UWIC and has novel shaped hopes for the future. She currently lives in Riverside.

Lisa was photographed in Bute Park by Adam Chard