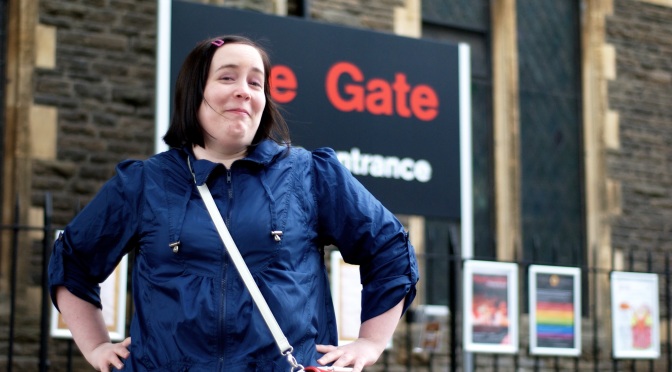 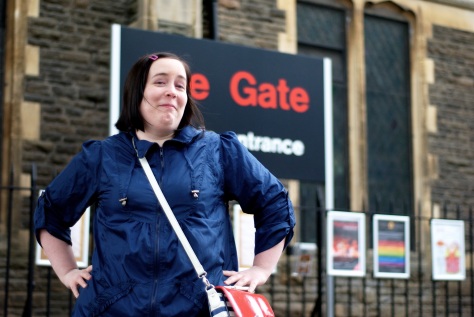 I don’t have any Welsh roots as such. I’m a West Country girl born and bred although my Dad is a Londoner via Yorkshire… it’s complicated. Anyway, my Grandfathers last partner Frances was a full on Welsh wonder woman from mid-Wales who did the best burnt cooked breakfast ever and had a large collection of brass things in the living room of their London terraced house. She had a huge family who we visited a few times. I remember them being very rowdy and a good laugh. I’d also been on numerous holidays to Wales and once ran away from a man conversing to me in Welsh at the Eisteddfod. I was eight at the time and not prepared for a well-meaning Welsh man talking to me in a scary foreign language. It never occurred to me that I’d one day be calling the Welsh capital my home.

When I first started visiting Cardiff I was rather nonplussed about the city. At the time my best friend had moved away from Bristol and I was visiting her where she was living in Cathays in early 2008. St Mary Street did nothing for me and I was very quick to base my whole impression of the city on one street – that and my best friend’s dodgy live-in landlord who was keen to show us his metallically enhanced todger. Everything changed when she moved to her own flat in Roath several months later and I saw a side of Cardiff that didn’t involve drunk scantily clad girls and genital piercings.

After spending some wonderful weekends checking out the local area in Roath, the fantastic choice of cafes and restaurants, a huge beautiful park and an overall happy relaxed feeling about the place it suddenly occurred to me that I was missing out in Bristol, big time. It was then that I came up with a cunning plan to finally go to university which allowed me to avoid the issue of finding a new job and enabling me to move to Cardiff with a porpoise, I mean purpose. As a keen artist and musician I decided that a Media Studies degree would be a good idea. I still don’t understand my logic and spent many a night sobbing into the never ending pages of media theory. Putting on my best puppy eyes my friend took me in and I’ve been living in her compact flat near Albany Road ever since.

In the short space of time living in Cardiff I don’t think I’ve ever had so many fantastic opportunities. I get asked – asked! – to show my artwork. I get asked to play paid gigs. My blog even made it to the final of the Wales Blog Awards in 2010. Things like that don’t happen in Bristol. You’re either part of the scene or you’re an outsider. If you’re an outsider you have to work 200% to get involved with anything. In Cardiff if you do well you’re celebrated. In Bristol if you do well you’re criticized. I am an incredibly shy person and in a cold, hostile environment I can’t get out of myself. There’s a friendly feeling about Cardiff which has really had an effect on me. I feel comfortable which means I can take steps into areas unimaginable before.

Last year I decided that Cardiff was where I wanted to be indefinitely. Have I changed my mind this year? Of course not! It’s Cardiff all the way for me!

Jo Whitby started making music in 1995, admittedly her first song was about Christmas trees but she’s grown a lot since then. Teaching drums for a few years in Bristol Jo then wandered over the second Severn crossing (not the first one) in 2008 and started a new musical project called Laurence Made Me Cry. She gave birth in 2009 to an illustration business called I Know Jojo which she saw as a good excuse to draw characters from Doctor Who. Jo is also co-founder of the music and culture webzine Cat On The Wall. She currently lives in Roath.

Jo was photographed outside The Gate by Adam Chard

One thought on ““In Cardiff, if you do well you’re celebrated” – Jo”