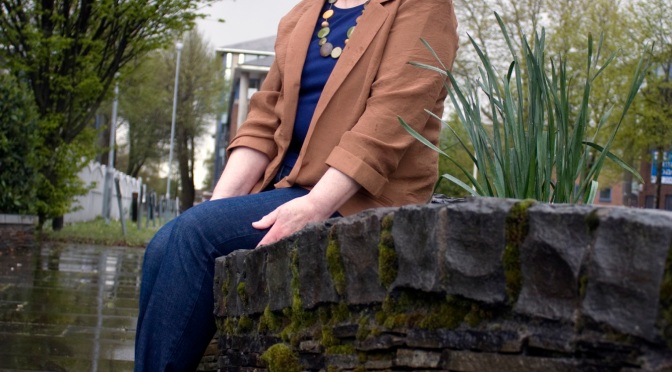 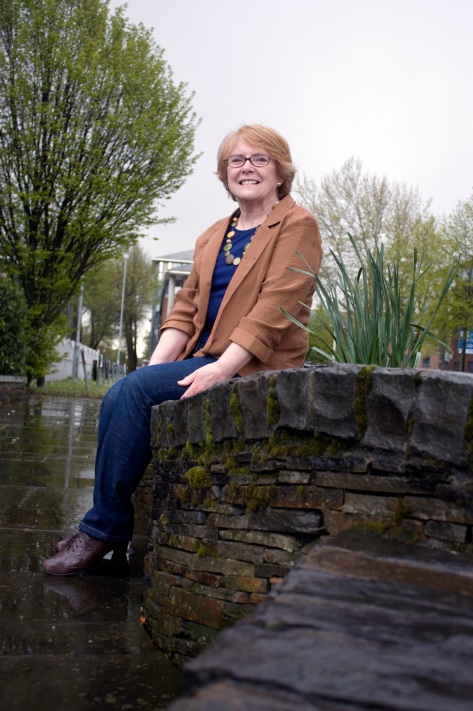 For almost 40 years I’ve been living in a leafy suburb in North Cardiff. I’m happy here and I wouldn’t want to live anywhere else – but my most vivid memories are of growing up in a very different part of Cardiff.  A tiny place called Newtown (‘Little Ireland’). I can clearly remember those six streets of drab grey terraced houses. There were no trees, not one visible blade of grass but  life in Newtown was anything but dull. And I loved it.

It all started with The Great Irish Famine during the 1840s. Thousands of people lost their lives and thousands more faced starvation and destitution. During that time Cardiff was going through rapid development and the Marquis of Bute made arrangements to bring over a large number of Irish families (mostly from west Cork) to provide the labour to complete the building of Cardiff Docks. He settled them into purpose built housing near the docks and the Newtown community was born.  A vibrant self perpetuating community – spanning four generations – lived and thrived in those six streets.  Most of the men and some of the women too worked on the docks And once they were complete the people of Newtown continued to work in or around the Docks. The men became dockers, steel workers, foundry or factory workers. The women (who weren’t at home looking after their children) worked in some of the many other small manufacturing industries, like the Cigar Factory, or in local offices as shorthand typists and clerks, or in the retail industry as shop assistants.  Early maps indicate that Adamsdown was part of Newtown but the Newtown I knew consisted of just six streets, these were: Tyndall, Street, Pendoylan Street, Roland Street, North William Street, Ellen Street and Rosemary Street. We had several corner shops and a few public houses. but at the core we had our Church –  St Paul’s –  where we prayed together and had our baptisms, our weddings and our funerals.

Newtown was situated between the Docks and Splott. It was surrounded by railways, walls and feeders to the dock – rendering it a virtual island. My family lived in Pendoylan Street, and when I say my family I really do mean my family.  My Grandmother – who worked for Edward England on the Dock unloading potatoes – had thirty seven grandchildren. All but six of them lived in our street. The rest of the houses were occupied by other relatives or friends.

No-one had a telephone, but there was a Public Telephone Box at the end of Tyndall Street, opposite the Church.  I remember someone putting a piece of carpet on the floor of the phone box. I have been told that the Priest’s Housekeeper used to polish the phone and occasionally put fresh flowers in there. Oh, there is so much to tell about the Newtown but I have neither the time nor the space here. But I shall jtry to give you a snapshot of what it was like living there.  As anyone who lived there will tell you that doors were never locked and what little we had we shared.  It was a common occurrence to go next door or across the road to ‘borrow’ a cup of sugar, a couple of rounds of bread or a ‘drop’ of milk. The first family in our street to have a telly were ‘the Welsh’s’ and we would queue up to watch it. Needless to say everyone wanted to be Terry Welsh’s best friend.

In those days everyone had a tin bath which would be brought into the living room every Saturday night and the younger children would be bathed in front of the fire. The first one to have a bathroom was my Aunty Nora (my mother’s sister) and us older ones would have to put a shilling in the Mission Box for African babies if we wanted to have a bath.

Babies were delivered assisted by the appointed unofficial Street Midwife (in our street it was Mrs Slade) and when there was a death in the street the same Mrs Slade would oversee the washing of the body while an army of women would take care of cooking for the family, helping with the children and preparing the front room where the corpse would be laid out ready for a good old Irish Wake.  The wake could last two or three days and nights. As children we would be encouraged to knock on the door to pay our respects – the smaller ones having to be lifted up to peer into the coffin and say a little prayer. The men would take it in turns to stay up all up all night sharing a couple of bottles of Guinness and maybe a drop of the hard stuff too, recalling stories and telling tales involving the deceased.

Before any of us had television we entertained ourselves – there was always someone to play with in the street. We played games of baseball, football, Rugby (touch & Pass), Cricket Alleligo, Leapfrog, Bulldog, Hopscotch, Allies, Buttons and Rat Tat Ginger, We’d sling a thick rope on the arms of a lamppost to make a swing. Summer days seemed to last so much longer then. Towards the end of October we’d start collecting old wood, newspaper and orange boxes in preparation for Bonfire Night. Our Bonfire was generally built at the top end of the Street.  Window panes would crack and putty start to melt before we’d hear the siren and wait for the big red fire engine to lumber into the street.  Luckily I don’t remember anyone being injured – although for the life of me I cannot understand how any of us escaped.

The streets always seemed to be alive.  I have memories of Hancock’s Draymen with their two big shire horses delivering beer to the Fitzy’s  Pub at the top of our street and of being woken up most mornings by Sammy the Milkman who yodelled as he cycled his way through the street to make his doorstep deliveries. Throughout the week we had a variety of tradesmen selling their wares, Gypsies would come around door to door selling pegs and lucky charms. Then there was the baker, the greencrocer, the fishmonger and Robbo, the ice cream seller on his motorbike, who was later replaced by Mr Dimascio in his van. They had fierce competition from my Auntie Annie though – she made her own ice cream and sold cornets and wafers and toffee dabs too from her back kitchen. I also remember Mr Cox who  came over the bridge from Union Street  to sell custard slices from the back of his green van. There was also the pop seller; the laundry man, the salt and vinegar man; the coalman and the essential ‘Jim The Ashman’ with his famous ashcart – keeping  the streets clean. I promise you I am not just looking through Rose Coloured glasses.  Life in Newtown was at times tough, tempestuous and tragic, but there was a lot of love and laughter in those streets and – most importantly of all – an overwhelming sense of community.

Sadly a Compulsory Purchase Order during the mid sixties began the demise of Newtown.  It’s Church, houses shops and pubs  were demolished and its community scattered to the four corners of the city. Remarkably the community survived – we still had a Newtown Identity. So thirty years on, inspired by a poem recorded by Tommy Walsh, entitled Newtown: the Parish of St Paul’s,  a group of us former residents got together and formed The Newtown Association.

Mary Sullivan lives in Penylan with her husband Vincent to whom she has been married for forty four years. They have five grandchildren and a great grandson. She is Chair and Co-founder of The Newtown Association – an organisation set up in 1996 to record the history of the Newtown community and to keep its memory alive Mary currently works as an administrator for Communities First in Cardiff Bay – an area very close to where she was born.

Mary was photographed in the Newtown memorial garden by Ffion Matthews

Related: you might also like to read THE HISTORY OF TYNDALL STREET – AND THE LOST COMMUNITY OF NEWTOWN, “LITTLE IRELAND”, CARDIFF