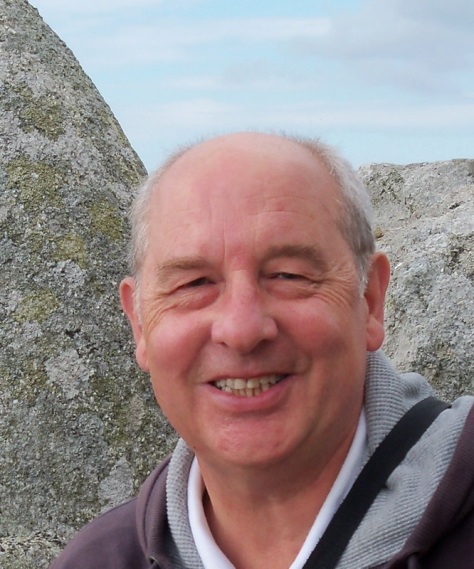 Set below a picturesque back drop of the rolling hills of the Wenallt, with its patchwork of fields and woods, lies this pretty yet busy northern suburb of Cardiff. It still retains much of its original charm and the unspoilt nature of a bygone era. Furthermore, it’s my home, albeit my adopted home!

Approached from the south, the main road arches over the brow of the hill , underneath which passes the single line railway track that connects directly to the city centre. On first seeing the village ahead you might wonder where on earth you’d arrived. The ‘Gateway to India’ no less, stands invitingly on the first corner, the name of the oriental takeaway. Further along and opposite is the celebrated Juboraj restaurant with its varied and sumptuous curries all authentically and carefully prepared.

The ‘green house’, or more strictly the green-roofed bungalow, stands on the same site as the once well-loved and oft frequented newspaper and sweet shop, which also had a green painted roof. It was a favourite destination for school kids on the way home and wanting a cheap fix of confectionery. Its replacement is a chiropractice, and next to that an aromatherapy clinic for ‘treats’ of a different sort but very much in keeping with our modern holistic lifestyle.

At the crossroads with Pen-y-Dre you are greeted by the rather incongruous looking life-sized figures of Laurel and Hardy with animal models close by. You would be forgiven for thinking that they were advertising some sort of waxworks or museum. In fact, they stand outside the Virtual Service Centre for cars. Does that mean there really isn’t a garage there? Well yes and no! There is no garage on the premises. If your car needs servicing or repair it is collected, taken away, fixed and duly returned afterwards. How civilised!

On the corner of the increasingly busy junction with Beulah Road, stands Beulah United Reform Church dating back to 1890 and opposite that Beulah Assembly Rooms a popular venue for clubs, meetings and concerts. It would be easy to hasten past and hardly notice the secret garden to the rear, a quiet place to just sit and think or simply contemplate, just yards from the general buzz of village life.

There are plenty of places to browse, including trendy craft shops such as Cwtsh Bach with its handmade Bespoke curiosities, Cariad with all things Welsh and the Victoria Fearn Gallery with its array of interesting objects such fun pencils with character tops, pottery, artwork and wooden instruments. If you have a sweet tooth and keen eye you’ll soon come across the aptly named Sugar Mouse, with a selection of sweets and chocolates that have names more familiar to children of yesteryear but still able to entice children and their all too gullible and more than willing parents.

As we know shopping can be thirsty, tiring work so where better to stop for coffee or light lunch than the Olive Branch, the church run cafe with its recent makeover and where there’s always a welcome, and a chance to buy books, cards and gifts. There are other places to eat and buy refreshments such as the Whittaker Lounge or on Beualah Road, Snails Delicatessan serving soups, coffees, cakes and ice creams. At the far end of the village is the one charity shop, Tenovus, though at first glance you might think it a niche high class clothing shop which befits its surroundings.

Take a small detour from the main street through a narrow side lane and you are suddenly transported to the original early 20th century Garden Village with its quaint array of white-bricked semis arranged as a square around a spacious lawned centrepiece. Built in the 1920s, as a more pleasant and healthy residence for the working class it retains the timeless quality, if not its purpose, that its founding fathers intended all those years ago.

Wander around, stroll along the Welsh named streets , walk by the gentle stream that meanders through or relax in the green open spaces and soon you will discover many more fascinating facts, facets and delightful nooks that attracts one to this enchanting, inspiring part of a beautiful city.

Brian Dodd is a retired primary school teacher having taught in Cardiff for almost 40 years. He moved from Bristol to Cardiff in 1973 and loves the city. He has lived in Rhiwbina with his wife and family for 17 years. His favourite spots in the village are the old buildings, the stream and the parks away from the main streets. He says the village from the railway bridge with the Wenallt backdrop is lovely anytime of the year, but more so in the spring …

One thought on “Reflections on Rhiwbina – Brian”