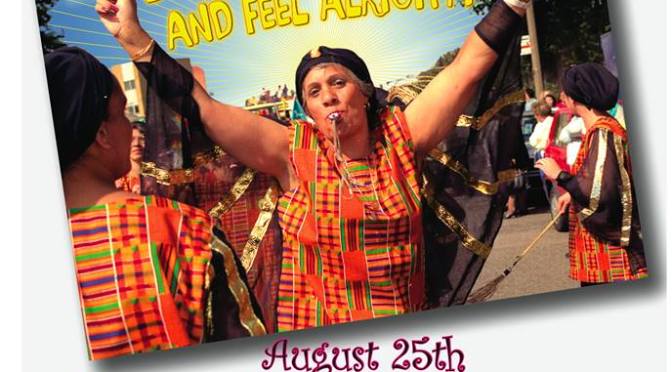 After a massive break of 16 years, Butetown Carnival is returning to bring joy and good vibes to all of you on this Bank Holiday Monday, 25 August! 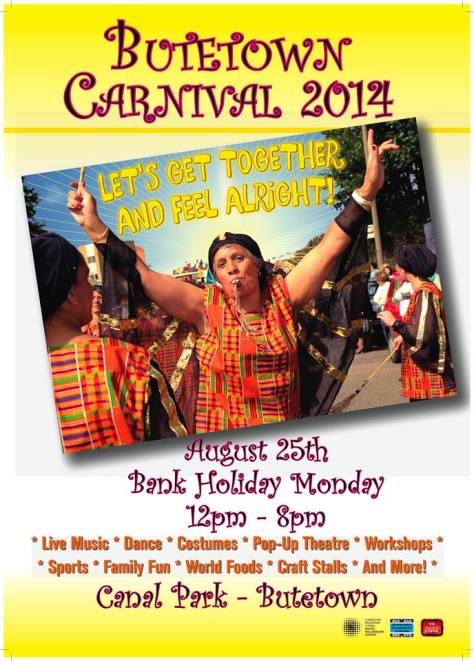 A steering committee led by community members and heavily supported by Butetown Community Centre won their bid  to bring back the Butetown Carnival this August Bank Holiday Monday. The carnival will be celebrating the rich musical heritage of the Butetown community.

Butetown Carnival began in the mid-1960s but came to an end in August 1998. Back in its glory days, the carnival attracted tens of thousands of people to enjoy performances, workshops, parades, market stalls and activities for children. Throughout its lifespan of 40 years, Butetown Carnival rivalled carnivals and festivals across the UK, including St Paul’s and Notting Hill.

Remember now that Butetown is the oldest multicultural community in the UK … so the decision to bring the carnival back to its former glory was taken one summer evening in 2013. Carrole Fox, General Manager at Butetown Community Centre said:

“You mention the carnival and the general response is –BRING IT BACK, so that’s what we’re doing, and we decided to just do it and not wait for yet another year. We know the carnival will be great this year, but we’re also aware that this is a journey so we’ll continue to build on it each and every year, so we can bring it back to its former glory.”

This year’s carnival will include two performance stages, both of which are supported by Butetown Carnival partners, Wales Millennium Centre. The stages – one acoustic and a main stage – will feature a variety of performances including jazz, blues, reggae and ska from celebrated local artists. Alongside live music, there will be market stalls, a parade to kick off the celebrations at 2.00pm, pop-up poetry and theatre and a huge flash-mob performance of the Electric Slide.

“We’ve received a lot of support from local businesses to get this year’s carnival off the ground, for which we are incredibly grateful. The Carnival holds a special place in all of our hearts; it reminds us of what a close community we were and I know this will bring us closer yet again.”

The Wales Millennium Centre is working in partnership with the carnival. Graeme Farrow, the Centre’s Artistic Director said:

“We’re thrilled to be working in partnership with the carnival’s steering committee to support the ambition of bringing the Carnival back to Butetown. The rich musical history and diverse culture of the area is cause for celebration and reflection. We are delighted to support in any way possible, particularly in helping to make the event sustainable.”

Response through social media sites about Butetown Carnival has been incredibly popular, with over 2000 people signing up, within two days of the page going live on Facebook. Keith Murrell, an active member of Butetown Community for many years, has been working tirelessly to pull together a creative programme that has a little something for everybody. He said:

We’ll be running an interview with Keith later this week on We Are Cardiff, so stay tuned for that!

Butetown Carnival takes place on Bank Holiday Monday, 25 August 2014. It will begin with a parade in Loudoun Square at 2pm. Following the parade, performances and workshops will run throughout the day and night at Canal Park behind Butetown Community Centre, Butetown, Cardiff. We Are Cardiff will be wandering around, taking pictures and making a nuisance of ourselves. We hope to see you there!

For anyone who wants to volunteer, there’s also a Facebook Group for Butetown Carnival Volunteers