Ballet. It’s for girls from stuffy top ballet schools, right? Matthew Bourne’s latest production of Lord of the Flies is here to CHALLENGE ALL YOUR PRECONCEPTIONS ABOUT DANCE! 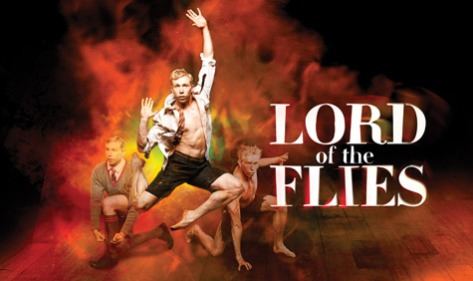 What actually happened when casting the show? Well, rather than having a full cast of dancers that toured the performance around the country, instead free workshops were held across South Wales to introduce boys aged 10 – 25 to a unique form of dance devised by Bourne to appeal specifically to males and help change their perceptions of dance. 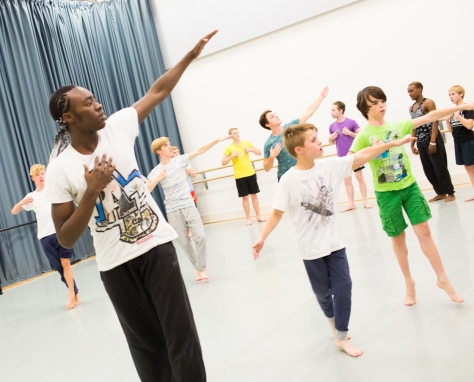 After the workshops auditions were then held, and 24 boys from south Wales and surrounding areas were selected to perform in the cast of the New Adventures and Re:Bourne production of Lord of the Flies at Wales Millennium Centre, running from 22-25 Oct 2014.

The local cast will be performing alongside professional dancers from Matthew Bourne’s New Adventures company in this dance adaptation of William Golding’s celebrated novel.

The workshops were led by the Wales-based Lord of the Flies Dance Ambassadors, Siân Rowlands and James Morgan, who have been responsible for building interest in the Lord of the Flies project amongst local boys and for scouting out potential candidates to perform in the show.

Over 400 workshop participants – not necessarily those with the most experience, but those who showed the best aptitude for the distinctive dance style – were invited to auditions where the final cast was chosen. 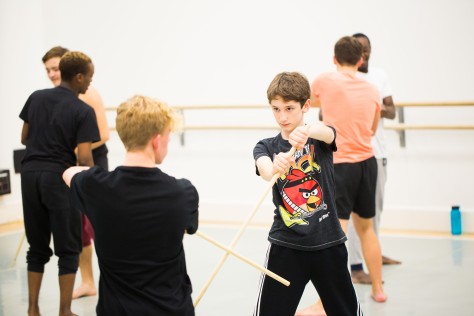 Graeme Farrow, artistic director at Wales Millennium Centre, said: ‘Inspiring young people to get involved in the arts is a primary focus of our tenth anniversary programme, so I’m thrilled that Lord of the Flies provides the newly chosen young cast with the opportunity to perform on our main stage. Our relationship with Matthew Bourne was formed when the Centre opened and we’re continually delighted by the response Welsh audiences give to his work. I’ve no doubt that Lord of the Flies, will delight and enthral audiences and leave them in awe of the incredible talent of our local cast.’

Commenting on the Lord of the Flies tour, Matthew Bourne said: “Lord of the Flies is a project never before mounted on the large-scale. This unique collaboration between my production company, New Adventures, and charity, Re:Bourne will enable thousands of young people and their families across the country to experience dance at close hand, and for many, for the very first time. I look forward to an exciting, and for some, life-changing year ahead.”

For this adaptation of Lord of the Flies, the action is transferred from the deserted island of William Golding’s classic novel to a deserted theatre, where a group of schoolboys find themselves abandoned.

With no adults around they start to make their own rules and create their own civilisation, before order breaks down and the story builds to an electrifying climax. Golding’s legendary characters Ralph, Piggy, Jack and the boys will be brought to life with raw energy and emotional intensity.

One thought on “Matthew Bourne’s Lord of The Flies in Cardiff: local male dancers, and changing perceptions of dance”