Meera Vijayann began using digital media to tackle sexual violence in the aftermath of a tragic Delhi rape-and-murder case. In 2013, she won the CNN IBN Citizen Journalist Award for her reporting in the aftermath of the Delhi rape case. Her articles and blogs have appeared in the Guardian, CNN, Forbes, Open Democracy, IBN LIVE, The New Indian Express and other major media outlets.

She’s COMING TO CARDIFF to speak at the Pierhead in Cardiff Bay as part of the National Assembly’s Women in Public Life initiative at 6pm on Thursday 20 November 2014. AND IT’S FREE!

If you need convincing to go along to this, watch her TED talk

Vijayann spoke as part of the TEDxChange session at TEDxHousesofParliament, supported by the Bill & Melinda Gates Foundation. She is a Change Manager at Ashoka India, and as an elected member of the inaugural class of +SocialGood connectors, she facilitates dialogue between entrepreneurs, innovators and institutions to tackle global issues around gender rights and sexual violence. 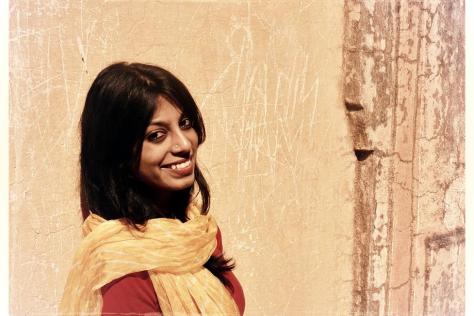 ***
Sign up for the weekly We Are Cardiff newsletter