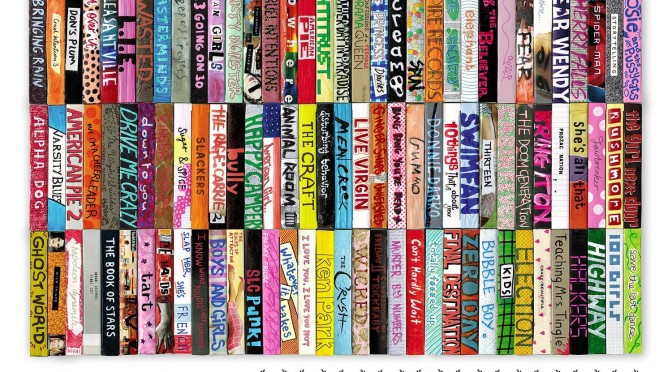 I was recently contacted by Catherine Bray, producer of an independently funded film called Beyond Clueless which is having four screenings and one director Q&A in Cardiff at Chapter, asking if we’d promote it on the blog. Obviously we can’t promote everything on this blog, or I’d be doing literally nothing but blog posts about mobile phone shops and hotel deals and you’d all want to punch me in the face.

However … having worked on something similar for We Are Cardiff, I had sympathy for her mission to find low-cost ways to promote a film, so thought I’d put something up here about it. Also, teen movies are the BEST, aren’t they?? The greatest film ever made is, after all, Richard Linklater’s AMAZING 70s teen rite of passage movie, Dazed and Confused. If you want to argue it, we can take this outside.

ANYWAY. So, back to Beyond Clueless: it’s a docu-essay about teen movies in the 1990s-2000s, it got a nod from Paul Bradshaw in the Guardian.

Sight and Sound have also given it some serious props:

“Titles are cut up into masterfully edited mosaics, so that stock teen-movie scenes – house parties, first sexual encounters, school corridor walks, masturbation, etc – are shown in fluid multi-movie montages in which each film, like any high-schooler, must struggle to maintain individual identity in the crowd. Accordingly, even as Lyne charts the cliques, codes and rules of teendom itself, he is also revealing the building blocks that constitute every high-school movie. Beyond Clueless is, after all, a structuralist work, using a compelling collation of similar imagery from different sources to make accessible and intelligible the system beneath the chaos of adolescent experience, real and represented.”

Beyond Clueless is showing at Chapter Arts Centre on:

NB: Wanna know what I’m on about above? Watch the We Are Cardiff film that was so stressful it caused me to flee the country. Literally. Not because of its harrowing content. It’s actually a very nice film. WATCH IT.