This week, the My Cardiff Geography series interrogates author Lynne Barrett-Lee, who was actually my creative writing tutor at Cardiff Uni for a little while. I loved her class, so pestered her to answer some questions for you. Over to you, Lynne… 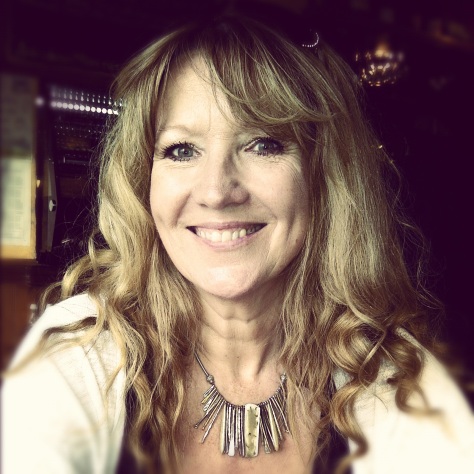 Q. Where did you grow up? Give us a brief description of your life before ending up here

A. I was born in Brixton, and spent most of my childhood and teens in South London, before moving to the more leafy environs South of Croydon in my 20s. I left school and began work as a bank clerk, then got a job in recruitment, aged almost 19, believing I could rake in loads of cash to finance a year off and the writing of my first major work. In reality, I ended up running my own recruitment business in the West End for 8 years, during which time I wrote a bit, rather than a lot, produced three children, and completed an Open University degree, mostly in science and psychology. Not English literature, which feels odd now, but really didn’t then. I’d read – and knew plenty about – all the classics I felt I needed to. I’ve since learned otherwise. And then some.  I might do it yet.

Q. How did you end up living in Cardiff?

A. I came with my husband’s job – and our three then quite little children – having long before agreed that I’d go wherever his career took us, since my own ambitions were slightly more portable. Luckily for me, it proved to be the turning point in my career, as I spent 18 months teacher training on arrival, culminating in getting my first ever piece published – in the Times Educational Supplement, no less. That was key. I had earned a whopping £90, and believed I could do it again, so I held off applying for teaching posts, and crossed everything.

Q. Which parts of Cardiff have you lived in? Which have been your favourites?

A. We came to Cardiff without a clue about anything or anywhere. I’d visited Wales precisely once – to climb Snowdon, aged 13. We did a couple of recces – which left us none the wiser because we kept getting lost – but it was the mother of a friend (the only person we knew in the entire country) that told us we’d probably like Lisvane. The estate agent agreed (she lived there), saying it was ‘safe, village-y and leafy’, and we agreed. Though my main reason for loving it, London gal that I am, was because it was really, really close to the eastbound M4. I can’t imagine living anywhere else now, much as I still covet a little flat in Bloomsbury. Our roots are too enmeshed with those of all the trees.

Q. Tell us about how you got into writing in the first place.

A. I have wanted to be a writer of books since I was a little girl, and had a couple of landmark moments along the way to keep the flame alive. I had an enormously encouraging English teacher at grammar school, who believed I could do it (no, Lynne, you don’t have to be a nurse, or a teacher, or join the WRNS, honestly), and then, while working for the bank, from an American literary agent, who came upon me via a very convoluted series of events. All that matters is that she thought I had talent, and nurtured it. She also introduced me to Roald Dahl – who was her friend, and the first actual author I’d ever met. It was a thrilling time. It was also fuel in the tank for when life got in the way. I never lost the faith that I’d do it someday.

As for how I got into it, as in it becoming my career, I got that one thing published, then another, then another… I took a Cardiff Uni class,  too, and spent 3 years writing short stories (many for Women’s Mags, because they paid well) before attempting my first novel. Which I did when my youngest began full time at school.  I’ve been very blessed and very lucky.

Q. What’s the most difficult thing about being a full time writer?

A. Isolation, probably. I’m living the dream I’ve had all my life – I really do spend all my time in an ivory tower, tapping at a keyboard, creating something out of nothing, not having to deal with Gropey Clive in accounts. Which was great as a contrast to the joys of London Commuting, and brilliant when combined with bringing up my kids. But ‘term time, 9 – 3.30 then kids a go-go’ is one thing. ‘7.30 am to 7 pm, sometimes 8 pm’,  as I do now my kids are grown up, is a very different matter. I can’t imagine ever wanting to do anything else, and when I’m writing, time no longer exists for me, but I am a really sociable, outgoing person, so it’s a bit out of character. Other than that, I can’t think of another. Ask me again if the work suddenly dries up!

Q. You teach creative writing at Cardiff University. How did you end up doing that?

A. By accident. I’d agreed to run a one day masterclass on writing romantic comedy (for my usual fee plus VAT) and was asked if I’d also consider taking on a term’s teaching; a tutor, who was teaching ‘writing mass market fiction’ had pulled out, and they needed someone to help them out of a jam. Okay, I said. Just this once. That was in 2008, I think. I never did get my proper fee for the masterclass.

A. The students. I love my students, some of whom even come back more than once! I only do one class a week – for 2 hours on a Thursday – and every Wednesday afternoon I curse myself for agreeing to another term as I’m always up to my eyes in something or other  – normally a chapter – which needs finishing NOW.   But then I turn up and see everyone and it reminded me that my teaching qualification hasn’t been wasted; I really do get a buzz out of passing on my knowledge, and feeling I might have helped launch someone else’s career. It also ensures I get dressed on at least one weekday.

Q. Did you make any New Year’s resolutions?

A. To walk for at least half an hour, briskly, every single day. My commute is a flight of stairs, my lunch break taken three feet from my keyboard, my watercooler pals a brace of cats.  With no kids to run me ragged I have become terrifyingly sedentary – not enough NEAT! –  despite being very active on evenings, weekends and holidays. Not healthy. And so far so good. I take wildlife-y, nature-y photographs and fondly muse on all the artistic things I am soon going to do with them. Felting, mosaic, sculpture… It’ll happen one day.  In the meantime, it’s just nice to bomb about the place at a speed that will make people think I’m a local eccentric. And that’s before they clock me darting into hedges.

Q. What are your plans for this year?

A. I am just about to sign the contract for two further books in a series I have to keep secret from you (or kill you, obviously; this is the nature of ghosting), the twelfth of which we are currently writing. There are also outlines ready for a further three Julie Shaw titles (which I also co-write and can tell you about – the first being Our Vinnie) and I’m a third of the way into a memoir I’m ghosting, set in Kansas, about a man, and a dog, and a tornado…

Other plans involve writing my column for the Western Mail every week – eight years and counting, which astounds me; I have that much to SAY? – and gate-crashing any of my husband’s conferences I can, so that I can work from exotic locations. It’s much less glamorous than it sounds, and there are never enough of those little milk pods in the tea and coffee doohickey, but there is always a park, and a gallery, and a transport system to fathom the mysteries of, and I find it really inspiring to be alone in a strange city.

Q. What was the last book you read that you absolutely loved?

A. The Goldfinch, by Donna Tartt, blew me away completely. Such a huge book, and it never once flagged for me.  I think Theo Decker will endure as one of the great fictional characters of the 21st century. Couldn’t recommend it more highly.

A. I have just discovered Catfish and the Bottlemen, so they are getting lots of plays. I just downloaded Hosier’s album too.

A. Hard to choose between The Imitation Game and The Theory of Everything. So perhaps I won’t.  Both are stunning. I also loved Interstellar.

Q. Have you got any creative projects that we should look out for?

A. My major multi-media exhibition at Tate Modern, obviously! No, seriously, I have lots of books out there but if I could urge you to look at just one thing it would be Bye Mam, I Love You, because it’s a local story – that of the murder of 15 year old Rebecca Aylward by her ex-boyfriend, apparently ‘for the price of a breakfast’, that lots of people in South Wales will recall. I had all sorts of reservations about ghosting such a tragic story – it’s written from the viewpoint of her mum, Sonia – but I’m so glad I did. It’s a brutally compelling story, and a cautionary tale. I’m so pleased it’s received so many great reviews, because connecting with people is what writing’s all about for me.

Lynne Barrett-Lee was born in London and now based in Cardiff. She is an author and ghostwriter, with eight novels and 18 non-fiction memoirs to her name, 17 of which have been UK Sunday Times bestsellers, and include  Bye Mam, I Love You, about the murder of Bridgend teenager Rebecca Aylward. Lynne also teaches creative writing once a week at Cardiff University, and the ebooks of her courses, Telling Tales and Novel; Plan it, write it, sell it, are both available from Amazon. For more information about Lynne and her work, please visit www.lynnebarrett-lee.com