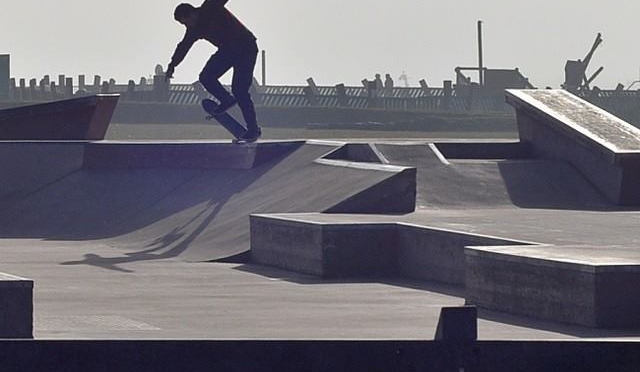 UPDATED! As this piece is one of our most read, we’ll keep updating the main details, costs and facts. Last updated – January 2020.

I got an email recently from someone who had recently discovered the blog. I’ll call her Bethan. She sent in this very lovely email:

Over the past five or so years have fallen in love with Cardiff on my trips to visit. Following a trip this weekend I found your blog on my way back to London.

I’ve lived in London for the best part of the decade and am getting fed up with no money and a rubbish quality of life. Apologies for the slightly random email but I just wondered if you thought someone Londonified but loves Cardiff would be happy if they moved there? Or any challenges or tips you have?

My gut instinct is that I’d be very happy there as there’s so much on offer but in a much more friendly and welcoming place where you’re not bankrupted when you leave the house! Any thoughts etc would be greatly appreciated

Are you feeling like Bethan? Struggling in London, underpaid, bummed out, in need of fresh air, cheaper pints, in a city you can walk across? Then why not consider a move to Cardiff.

Here’s what I sent back to her.

If you’re getting fed up with being broke and having a rubbish quality of life, then I highly recommend Cardiff to you. I mean, I don’t know anything about you really, other than you have a friend in Caerphilly and you live in London, but I’m presuming you have a job you don’t mind much about leaving, and that you’re into the sort of thing we write about on We Are Cardiff, so that’s mostly what I’ve based this answer on.

I’m going to run through some reasons why Cardiff is awesome now. Also if you don’t believe me, there are STATS to support this, like the fact that the population of the city is currently growing at a faster rate than any UK city. People are moving here. Our secret is getting out!

Cardiff has a cheap cost of living for a capital city. It’s much easier to get by on a low salary here than somewhere in London – there are lots of house shares (particularly in Roath, Splott and Canton) where you can find a double room in a beautiful old Victorian terrace (very common type of Cardiff house) with like-minded people from £300 a month to £800 a month (including bills). I did a quick search on SpareRoom using the CF24 postcode (which covers Roath – a popular, artsy location near the university and close to town) just to sense check my figures and as you can see from this Cardiff room search on SpareRoom, there are loads of options within that price range.

There was a survey published recently that gave some actual figures which back up my abstract wafflings (I’ve included it in the links below – NOTE THESE FIGURES ARE FROM 2016, I AM SEARCHING FOR UPDATED ONES!)

So! There you go on the stats. That’s enough of that.

Well, I suppose it all depends on what you mean by quality of life, but going back to stats again, Cardiff achieved a life satisfaction score of 7.53 out of 10 (ONS data). From a completely subjective position, what that means for me is the following things (which you will see reflected throughout the We Are Cardiff content!):

DRAWBACKS
I don’t think this would be a reasonable email if I didn’t also tell you about some of the drawbacks of living here.

There have been countless reports and surveys released over the past year or so that frequently name Cardiff as the best city to live in (or one of) in Europe. I’ve included below a list of the most recent ones that might be of interest to you:

OTHER PEOPLES’ EXPERIENCES
I’m not sure how much of We Are Cardiff you’ve looked through (there are, I just realised, over 700 posts on there now!!) but there are a couple of people who have written pen portraits of themselves and have similar pasts to you (ie they’ve come from other places and now live in Cardiff)

PEOPLE WHO HAVE MOVED FROM LONDON TO CARDIFF!

PEOPLE WHO’VE MOVED FROM OTHER PLACES TO CARDIFF

Now then – this next story is actually completely the other way round – it’s written by a guy who is from Cardiff but moved to London during the ‘bleak’ 90s, but then came across We Are Cardiff and wrote a blog post about it based on what he remembered of Cardiff as a youngster and his feelings about it now, and also a bit about his current life in London. I thought it was really fascinating reading and beautifully written which is why I posted about it:James – ‘It’s where you’re between’

Generally speaking to get what ‘the people’ are saying about Cardiff, flick through the ‘People‘ section on the website. Also I’d like to say I don’t edit anything for content – people are free to write what they want, I don’t in anyway force them to be positive about Cardiff, and again for balance I’ll point you to Lee’s post.

I have lived in loads of different places, but love Cardiff to pieces. It’s really friendly, there’s plenty of variety of nights out and places to eat and communities to join and things to do – if you’re into the alternative vibe, you’ll find lots of that here.

Also I’m glad you’re enjoying the blog. It was set up a few years back as a response to the mass of negative news reports we were seeing about Cardiff in the mass media (this was around 2010). Back then it was mostly pen portraits about Cardiff written by people that we knew – today obviously it’s a very different thing, but the aim of the blog is to showcase the variety of amazing things that go on here, and still interview people involved in the local scene. So it’s fabulous that you found it, and I’m pleased it’s making you consider a change!

If you want to add your comments to anyone thinking about moving to Cardiff, please do so below!

All photos in this article by Doug Nicholls

28 thoughts on “Should I move to Cardiff?”