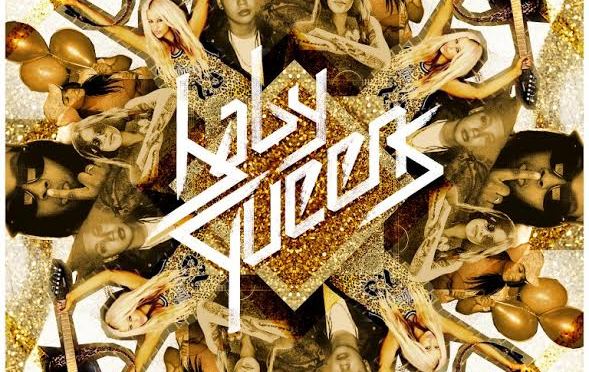 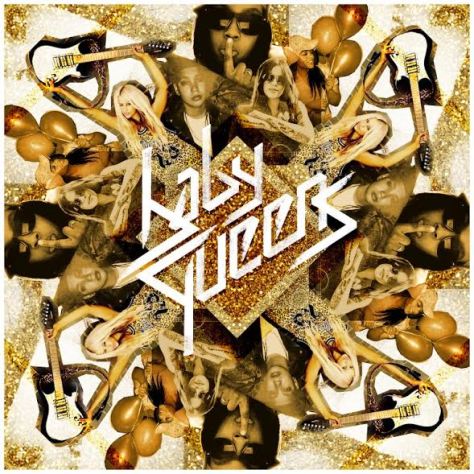 Cardiff-based Baby Queens are enjoying something of a slow burning, organic raise to public consciousness. Though they’ve been around for a while – they were first featured here on We Are Cardiff in 2014 (Baby Queens Our Cardiff Geography) – they’re now signed to SFA man Cian Ciaran’s Strangetown Records, and this year have been part of the BBC Horizons project, spearheaded by new music champion Bethan Elfyn.

The opening track of their eponymous debut is entitled: ‘Tired of Love’. The title of the track is one that we’ve seen many times in music; before our ears have even been properly aquainted with the record there’s a worry that may just be another nondescript British pop album. However, as soon as the music starts, these worries are allayed; in fact, the first track’s seems like it is deceptively there to catch the listener off guard. The track is layered with an infectious electronic drum loop, the lyrics are consciously lovesick and the production shifts between styles effortlessly; it is a signifier that the album packs no punches both lyrically and sonically. The track is evidence that the self-titled nature of the album isn’t simply out of convenience, it is a declaration of the group’s identity, both philosophically and sonically. With the group getting props from Marinia Diamandis on Twitter to write-ups on The Guardian, they’re certainly on their way to something big and show that Cardiff’s tightly-knit music community is still doing great things.

The synthesis of synthetic and organic sounds is one of the biggest positives about the album. It is difficult to properly balance these polarising sounds, but Baby Queens have balanced it competently; in fact, they haven’t just found the right balance, they’ve synthesised both sounds creatively. The soft electronic percussion of ‘Hear Me’, for example, pops with the inclusion of the relatively archaic shaker and classic guitar lines. There is an acute awareness throughout the record that the weaving together of opposing sounds leads to a much more pleasing collage of sound. The symbiosis of these two sounds ensures the album’s production stays organic and sonically interesting throughout. It’s difficult not to think of Cardiff when you hear the combination of electronics and natural sound; the electronic production winds around a subtle natural foundation much like the city itself. Cardiff is a city that juxtaposes harshly against a fertile natural landscape; the city is a symbiosis of nature and modernity much like the music it produces. The unique material culture of the city – one that is still grounded in nature despite its metropolitan allure – has been threaded into sonic palette of the record; Cardiff has left an impression on this group, perhaps even unconsciously. The group aren’t afraid to dip their toes into different styles, either, which ensures the album stays stylistically varied.

The album jumps around a few different styles with aplomb. There is a direct trip-hop and pop influence embedded in the album, but it is still stylistically varied. For example, ‘By The River’ veers into a gospel song on points with a strong Americana influence, whereas ‘Forever’ opens with a reggae guitar line and never really threatens to leave the genre for the remainder of the track. There’s always a nice surprises in each track, – like the Aphex Twin-esque drum loop at the end of ‘Forever’ – that keep the listener’s earbuds on the tip of excitement, too. The group’s ability to wind through several complicated genres speaks volumes for their chemistry. Despite foraying into several genres, their harmonies still stay solid and their identity never becomes compromised. The best thing about the album, really, is how the group are so unrelentingly themselves. Leroy’s drumming, too, deserves special mention – it is expertly measured and matured throughout.

Lyrically, too, the album displays the group’s deceiving depth. Initially, I thought the album was entirely made up of romantic love songs – not that there’s anything wrong with that – but on further listens I found that the album, in a few tracks, deals with much more relevant and complicated issues. The hook in ‘Forever’ can deceive the listener into believing it is a simple love song, but the overall lyrical content points to something more political. For example, the lyric ‘your skin is light, my skin is dark, that does not change the shape of our hearts’ is a plea for egalitarianism in a time of rampant secularism or straight-up racism. Baby Queens seem ready to shake off their ‘girl group’ stereotype by producing lyrical content that is relevant and political. In a time of Brexit, alt-right and all that other nonsense, it’s good to have a group pushing for people to view each other on more human terms. The vibe of the whole track, too, is suited to the times. It is as utopianistic as it is sombre, in a way. The lyrics contrast sharply with the sombreness embedded in the vocals.  Essentially, the track’s contrasts and tonal hypocrisy mirrors contemporary life; the track realises it is a time where relentless positivity is needed, but where the facts of modern life distils this down into sombre well-wishing.

Overall, Baby Queens was a real surprise packed to the brim with personality and risky production choices. It is out now on Strangetown Records– go check it out, you won’t be disappointed (and if you are then I’m prepared for some comment section shadowboxing).

Baby Queens is out now on Strangetown Records. Find out more: