In my latest column for the ever-lovely Caught by the River about the Taff, I wrote about Cardiff’s very own afanc (river monster). 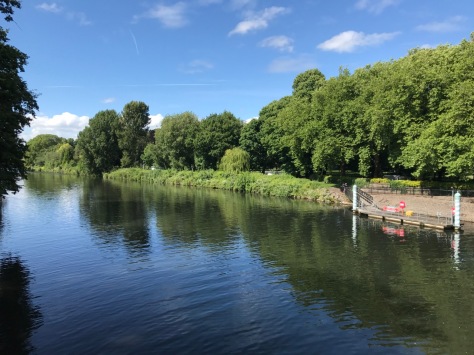 I went on an amazing guided walk at Christmas, where tour guide Bill O’Keefe totally blew all of our minds with a selection of legendary stories about Cardiff, and made mention of Cardiff’s reputation for being a wretched hive of scum and pirate villainy back in the sixteenth century. I did some more research into this and decided to dedicate a column on it and the Taff’s afanc for CBTR.

Here’s part of the piece (you’ll need to click through to read the full thing):

The River Taff’s afanc reached the height of its fame towards the end of the 1500s — a time when Cardiff was the stronghold for some of the world’s most infamous pirates. The town fulfilled vital conditions for a shady sea port: lots of nearby coves to offload ill-gotten gains; a big market; townspeople happy to buy ripped-off goods at bargain prices; the Welsh language — which made it impossible for investigators from London to work out what was going on — and a good supply of ‘bawdy houses’, run by single women at a time when prostitution wasn’t fully criminalised.

Most importantly of all, Cardiff had officials with a flexible attitude towards the law – happy to let the buccaneers do what they wanted, as long as there were some sweet kickbacks.

Read the full column: Wandering the River Taff: A Wretched Hive of Scum and Villainy (Caught by the River)

As usual, I ended up doing loads of research that couldn’t make it into the final piece, so I thought I’d pull out some of the more interesting pieces and links for you, if you want to do some more reading.

My research for this piece (lots of reading plus lots of walking) took place over the month of May, while Cardiff was going through a crazy hot period preparing for the UEFA Champions League Final. I didn’t manage to get all my photos in the CBTR piece either, so here’s what was left over.

Some lovely wooden art in Bute Park – two pieces I hadn’t seen before, the seal/fish guy and the daffodil guy …

The water-bus stop in Bute Park and the bridge between Castle Street and Cowbridge Road East. This little area is right next to Pettigrew Tea Rooms. 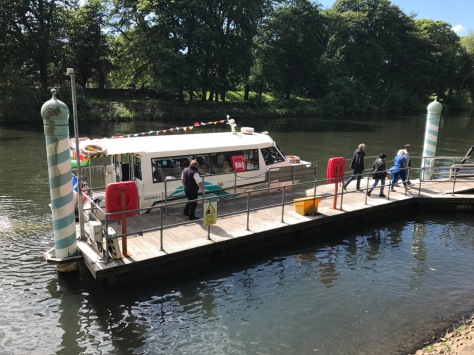 I like this graffiti. Looking at it made me think about some great disaster wiping out the human race and everything being totally destroyed apart from our buildings and bridges, and some aliens finding this in hundreds of years time and thinking it’s hieroglyphics, like we think the Egyptians were doing … when actually they were probably just tagging …

Back on the bridge, the city is slowly being dismantled in the post-Champions-League-world we now all live in. You can tell this is Sunday because it was still sunny and hadn’t quite started completely shitting it down with rain yet, like it has done all week after the football…

The view south towards the (wtf are we supposed to call the thing now??)

The quiet after the storm: Quay Street and surrounds on the Sunday after the Champions League Final. 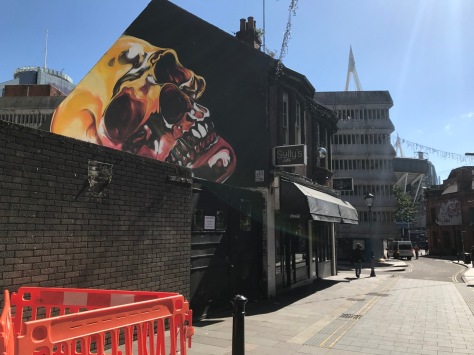 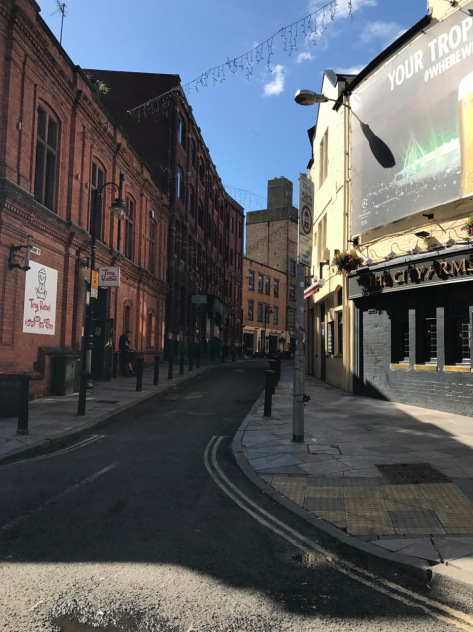 Some other bits and pieces I came across:

Queen Elizabeth’s first minister wrote to Cardiff to ask what was going on. It became increasingly obvious these people could not be operating without assistance.

(taken from When Cardiff was a safe place for Britain’s most notorious pirates, Wales Online)

Have you heard about the boy from Llanrumney who became one of the most feared pirates of the seven seas? You may not recognise the story, but you will know the name if you drink rum. Captain Morgan. The world’s second-best selling rum carries the name of a swashbuckling Welshman who went from scourge of the Spanish fleet to favourite of King Charles II and governor of Jamaica.

(taken from The Cardiff pirate and a bottle of rum: Captain Henry Morgan, Cardiff Drinks) 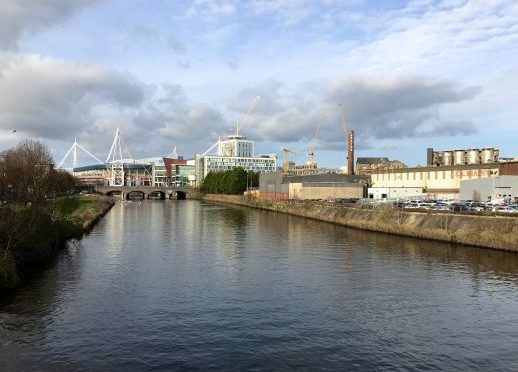 The second part in my series of essays about the Taff is up on Caught By The River now: Zombies, killer swans and Welsh cwrw on the River Taff

I’ve been doing lots of walking and lots of research for this series, and so there’s a lot of stuff I don’t get to publish on CBTR. Luckily for me, the overspill can go here.

I was listening to Underworld during my walk.

The Brewing of Brabo 2: The Brains behind the operation (Des De Moor, 2013)