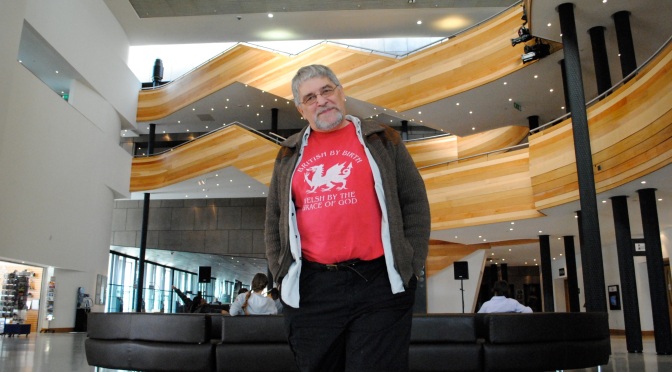 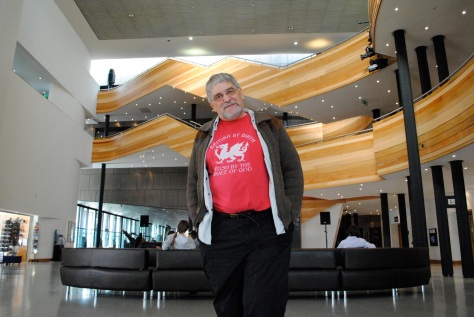 I was born just before the birth of the NHS, in what became St David’s Hospital, which I think means I was born in the workhouse! I moved into a new council house in Ely in 1952; I was one of the tiny percentage of children allowed to pass the 11+ from Trelai Primary, which was new then and has been rebuilt since. Seven years in Canton High School completed my transformation from an Ely boy into a middle-class student at Sussex University in 1966.

Curiously, it was only on moving to England that I realised that I was Welsh and not English. I only had one Welsh grandparent and my surname comes from Kent. Actually, my Welsh grandmother did not approve of our Kaardiff accent and started the move to the RP English I now use.

I married an English woman (though an Aberystwyth graduate) and we raised two children in England. We gave them both Welsh middle names. Holidays were often spent in Wales and I would tell the children something of the history and of the language. Before going to sixth-form college, our daughter decided to use her Welsh middle name, becoming Carys instead of Ruth. She went on to gain a First in Celtic Studies at Aberystwyth, which was followed by research into the development of aspects of Irish and Welsh at Cambridge. So if nothing else I have added a Welsh-speaker to the language gene-pool.

My wife and I returned to Cardiff almost seven years ago and we have been learning Welsh since we came back. So I want to write about my experience as a returning Cardiffian. In fact, I’m going to explore the old cliché “Thank the Lord we are a musical nation”, which was trotted out ad nauseam in the Ryder Cup coverage earlier this year. I have been a choral singer for around 30 years, but the biggest singing occasions I have experienced have all been since returning to Cardiff.

The first occasion was the Gala Opening of the Millennium Centre. I had watched the building being completed on my bike rides down to the Bay and absolutely loved the way the architecture reflected the landscapes of Wales. I was determined to be there for the opening celebrations, not with the big-wigs inside but with the people outside. A choir of at least 1000 people gathered on Roald Dahl Plass on a very unsettled November afternoon to rehearse the programme with Owain Arwel Hughes. He understood the occasion and helped the choir to generate huge amounts of hwyl.

We sang through the rain and wind and went to find refreshment before returning well after dark and with the weather worsening. The concert itself was exhilarating and we gathered a huge crowd, standing about 12 deep in a semi circle behind the choir and listening with rapt attention despite the rain. The climax was the singing of “Mae hen wlad fy nhadau”. Everybody sang with immense passion and it was at that moment I realised that post-referendum Wales was now not just a clichéd “musical nation” but a real nation with world standing.

This is an immense change. Cardiff is a world capital and most people are far more self-confident in their Welshness, even if it is an Anglophone Welshness.

I have also been involved in two major musical projects run by WNO-Max, the Opera Company’s outreach team. For me they were hugely emotional experiences with an enormous sense of community. The first, The Most Beautiful Man from the Sea, involved a choir of 500 that filled the big stage in the WMC. In over three months of rehearsals we became a huge family. It was the first time I had to interact with an audience without being able to hide behind the score and it was a huge boost to my-self-esteem.

Last year’s “On the Rim of the World” was a much smaller affair but involved moving around and acting, something I’ve not done since I was about 11. The sense of community was enhanced by the number of children and young people taking part. The opera was taken up by all the major opera companies in the U,K but only in Wales was it sung in four part harmony! In fact, in London the English National Opera had to stiffen the adults with professional singers even to get it done in unison!

Recently I was part of 2000 strong choir at the concert to mark the opening of the Ryder Cup. We were there to add hwyl to the singing of our National Anthem at the end of the concert. The three members of my choir, Canton Chorus, nearest me were a woman of Kent, just arrived in Cardiff, a French woman who has lived in Cardiff on and off for several years and a Californian woman of Welsh descent and married to a Welshman but who had only been in Cardiff for a couple of months. All took part with enthusiasm and a lack of self consciousness that spoke volumes for the way they had been made welcome in Cardiff. Julia, the Californian, was struck by the involvement of so many young people both on stage and in the many choirs around us.

For me, it was a milestone. Since school I have had a mental block about learning the Welsh words to “Mae hen wlad fy nhadau”, I never felt Welsh enough to be able to sing it properly. However, I’ve almost cracked; the last line of the verse still foxes me but I’m almost there.

Apart from that, the occasion was a bit of bust from where I was but it was interesting to watch the part played by Prince Charles and see how the performers and audience responded to him. In fact, there were some massive breaches of protocol: he followed Carwyn Jones on to the stage and spoke after him. Several times the compere forgot to include him in the salutations, relegating him to one of the “Distinguished Guests”. I don’t think these were deliberate slights but take them as evidence that we are no longer in awe to the power of London. In fact, the comment by the compere that got the biggest cheer was: “Here in Wales we think of ourselves primarily as Europeans!”

Thank the Lord I’m a Cymro and we are a nation – a musical one at that!

Keith Underdown is a retired enterprise information architect who returned to the city of his birth almost seven years ago. Keith wrote his first computer program in 1969. Follow him on Twitter – @KeithUnderdown. He is a committed Christian, choral singer, allotment holder and cancer survivor. He currently lives in Gabalfa.

Keith was photographed at the Wales Millennium Centre by Adam Chard 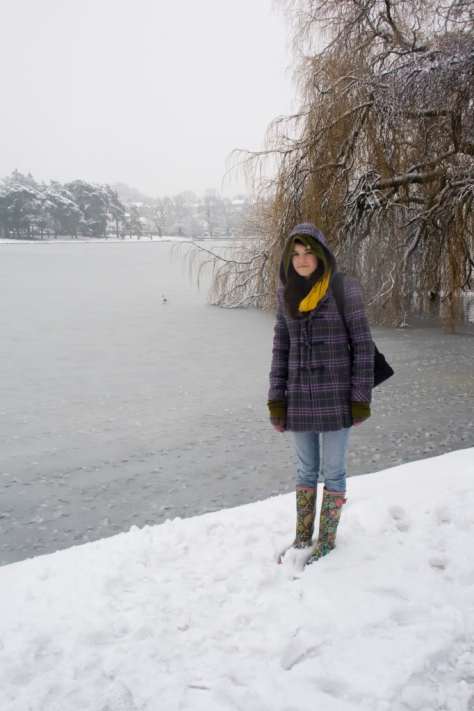 After being accepted by The University of Wales Institute Cardiff I found myself moving into Plas Gwyn halls of residence ready to commence my studies on the BA (Hons) Graphic Communication course. For someone who had no intentions of ever leaving home and going to university it was a bewildering experience. Before I knew it my mother and grandparents were waving goodbye and I was left alone with no friends and no idea what to do with myself.

Having never lived in a city before, the whole experience took a lot of getting used to with busy, congested roads and people everywhere replacing the sleepy little village in Somerset where everyone sounds like a farmer that I had grown accustomed to.

Giving in to the temptation of this new city’s world full of shops, my bank card soon started to feel the strain! I have lots of great memories of shopping in Cardiff, including finding a few little treasures in the dainty little arcades. However I haven’t been able to find these shops since and it makes me wonder if I really did find them or just imagined them.

The one thing that I completely loathed about my time in Cardiff was the student housing. Myself and the people I lived with got more than a little stitched up with our first house. Upon viewing the property we discovered a square metre of thick mould growing on the wall in one room, a hole in the ceiling on the landing, mice exploring the kitchen, slugs, worms, and soil coming through the phone socket and a burglary just after Christmas. The burglary was very odd as there was money scattered around the house, an electric drum kit and a big TV yet they chose to steal the kettle which was a good five or so years old!

Thankfully our second house was a lot better and I had a great view of the army barracks from my bedroom window. I remember sitting at the my desk one day and peering out to see a military tank drive past with a little man poking out the top. I have seen a number of unusual things in my time at Cardiff but to name a few: A tightrope walking violin player, Doctor Who’s telephone box on the back of a van, a man in the town centre throwing a chainsaw around and a few famous people acting rather bizarrely.

Over my three short years in Cardiff I made some wonderful friends and gained valuable experience in both design and life. I recently moved away but I hope to visit again in the near future to see how things have changed (every time I returned from a holiday there was always a new shop), feed the ducks in the snow, and see a few friends.

Joanne Hawker is a Graphic Communication graduate who drinks too much tea and wants to own anything that has an owl or a bird on it. She would one day like a teashop and a pet owl. You can visit her website here: www.joannehawker.co.uk. Until very recently, she lived in Gabalfa.

Joanne was photographed in by the lake in Roath Park