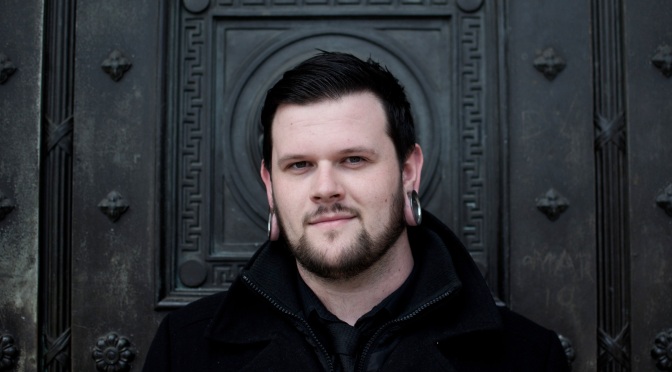 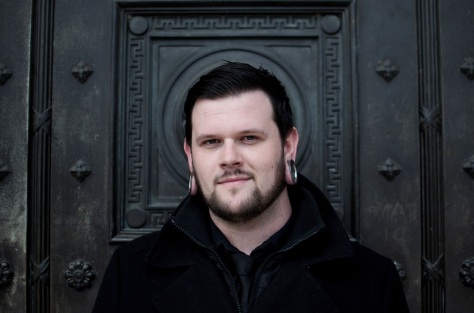 I moved to Cardiff when I was 18. All I wanted to do was leave home and get out into the world on my own, and university seemed like the best way to do this. I’m not sure why but Cardiff had always appealed to me, long before I’d even visited the place. I still to this day have no idea why that was.

From a young age I have been obsessed with film, mainly horror and fantasy but I’ll pretty much watch anything. I was watching films that should have sent me running and hiding, but from talking to my sister (the main culprit for letting me watch them) I was absolutely fascinated by them. The creatures and effects I was seeing on the screen captivated me. I went to my local college with the intention of getting into the world of special effects make-up, however I was shot down by a tutor who told me it was a pipedream and that it was completely unrealistic as a real career path. This “advice” sent me into the direction of graphic design but it was never truly what I wanted to do.

I was miserable, I disliked everything about what I was doing and I really needed to change my situation or forever think “what if?”. So I decided to have a go at getting into special effects make-up with a real “now or never” attitude and I haven’t looked back since!

I started doing special effects at home while learning the basics of make up at a local college. I’m my own biggest critic when it comes to my work but I knew I was doing something right when I uploaded the first pictures of my make-up to Facebook and I had a barrage of texts/calls/emails asking if I was ok. This carried on for a few months; experimenting at home, reading books and watching tutorials online and my passion began to grow into almost an obsession!! I realised this was my true vocation.

Probably the biggest thing to me career-wise was when I entered a competition with the Stan Winston School of Character Arts (only after a bit of arm-twisting from friends). The competition was for a zombie artwork/make-up and the unexpected happened – and I won! It was the first thing I had ever won of this nature and I was totally blown away by it all. My work was reviewed by Greg Nicotero who has worked on some incredible films but at the moment is most well known for his work on The Walking Dead…. And he liked it! It was like a dream come true.

Since then it’s been pretty non-stop for me, working on local projects with some amazingly talented people such as 441 films. I also have work coming up on a slasher movie being filmed in south Wales and a music video where I will be turning about 30 people into zombies and letting them loose on a local band by the name of Inhalite.

My knowledge is what I would consider basic in the world of special effects but I’m determined to carry on learning and developing, I send emails everyday to various companies and people asking them for even a few hours of work experience even if it’s just making tea or letting them use me to experiment make-up techniques on. Hopefully one day an opportunity will arise.

Cardiff has such a strong creative community and I don’t think things would have worked out like they have so far for me if it wasn’t for the fact I was living in this brilliant city. The fact is you’re only a short walk away from seeing something creatively amazing be it some graffiti on a club’s wall, a poster outside a shop or a local band doing a set in a small bar down a side lane, the city is full of artistic influence and no matter what happens with my career I’ll always happily say this is where it all began.

Alex Harper is a make-up artist working from his house in the heart of Cardiff. You can contact him and see more of his work at Facebook. He currently lives in Adamsdown.