“The thing about Broadway, they always welcome you with open arms” – Brooke Shields 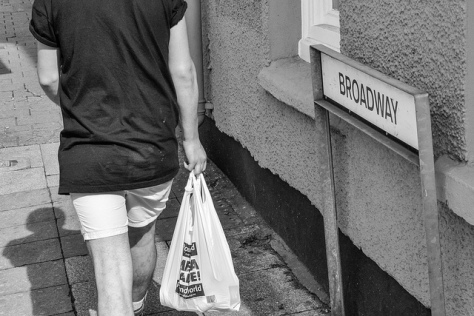 Luke Rice recently completed a photography project about Broadway, a long road filled with shops and houses that lies between Clifton Street and Newport Road in south east Cardiff. He tells us about the road, and about his photographs.

According to the Welsh Government, Adamsdown is one of the most deprived parts of Wales.

I grew up in Adamsdown in the 1990s, and currently live around 10 minutes walk away. My current commute means that I cycle down the road nearly every day.

On the surface Broadway looks a bit unloved, it is a road to pass through, to get from A – B, not really a road in which you would want to stop and explore. It is fair to say that it is slightly less glamorous than its famous cousin in New York.

“I believe we have to bring Broadway a little Latino flair. We have to keep it alive” – Ricky Martin

“My one ambition was to go to Broadway, and I never gave up on that dream” – David Hasselhoff 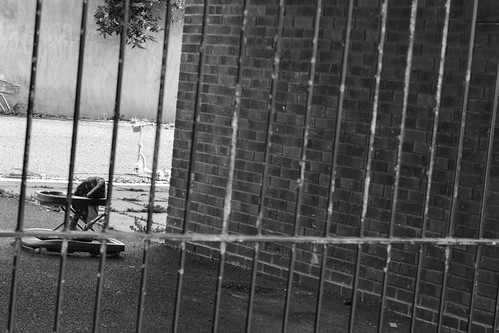 “Being on Broadway is the modern equivalent of being a monk. I sleep a lot, eat a lot, and rest a lot” – Hugh Jackman

After spending a few days walking up and down, taking photographs, I realised that there was some beauty to this beast. In addition, I noticed some positive signs that things are (slowly) starting to change for the better. Presumably attracted by cheap rents, recent migrants and artists are starting to open restaurants, cafes, yoga and art studios.

Broadway is a strange and fascinating place, full of contrasts and colours. I feel that Broadway has a lot of potential to be a destination in its own right, not just a through road. Maybe we could look over the pond for inspiration … a theatre on Broadway perhaps?

I currently work for a charity called SWEA. I am working on a community, programme called Cynefin which aims to bring together residents & relevant professionals to work towards shared sustainability projects. My work focuses on the wards of Adamsdown, Cathays and Roath. It is hard but very rewarding at times.

I have modest aspirations: I want to be healthy & happy, I want to experience new sounds, sights, tastes, adventures. I want to meet lots of interesting people from interesting places. I want to spend my life working on things that attempt to make the world a better place (even in a very very small way).

Luke Rice is 29 and a Cardiff native. He grew up in Roath and Adamsdown but has spent time in Bristol and Camden. He currently lives in Roath, very close to the Gate. He loves living in this area because of its vibrancy, multiculturalism, proximity to nice parks and the city centre, nice cafes/bars and the fact that it is a little rough round the edges. You can see the rest of his photography project about Broadway on his Flickr.