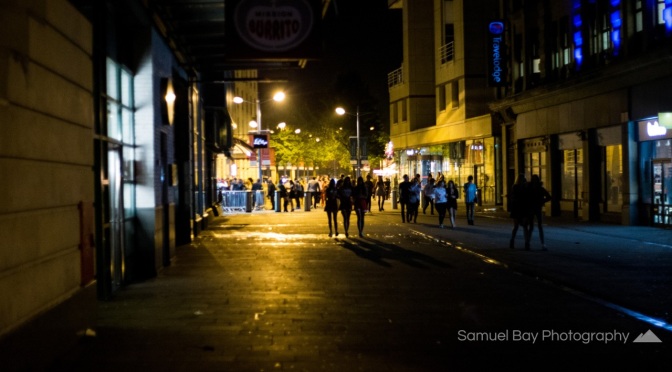 Photojournalist Sam from Samuel Bay Photography was roaming the Cardiff streets over this Halloween so you didn’t have to … happy Halloween, all! 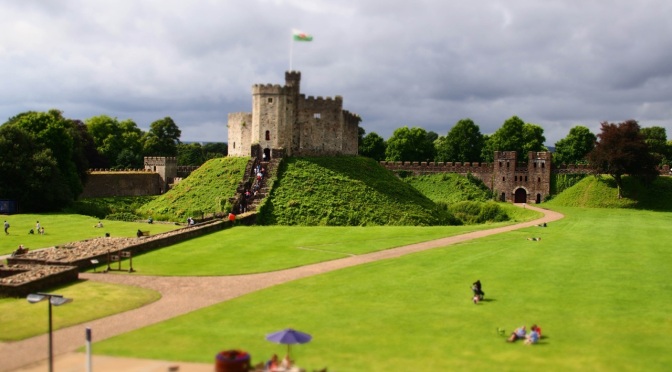 For all the photo sharing addicts out there … there have been some cracking shots of the city over the past month. I was going to do a post profiling just one Instagrammer, but you’re all too good! So here we go – summer in the city, through your images.

Most of the time it's probably Cardiff, but sometimes it's a close call! Lovely shot of the Cardiff Bay barrage – a great stretch of the Wales Coastal Path #Repost @luckycherry ・・・ Do I live in #Cardiff or Florida? Sometimes it's hard to tell… #cardiffbay #thisiscardiff #igerscardiff #wales #sundaystroll #summer #seaside #beachhut #pentax

He leads me by the still still waters, His goodness restores my soul 🙌🏼 #psalm23

IN THE BAY Now as you all know I love a good Pokemon hunt, so I'll let you in one a little secret. Anyone ever been to the The Barrage? It's an amazing Pokemon hotspot! And whilst you're there catching all your favourites, you can stop at this sweet little shack for a snack or a drink. I will suggest maybe not wearing a skirt like I did, as it is very windy! Article 22.2 The Barrage, Cardiff Bay #wales #wanderlust #photography #fun #pikachu #pokestop #travel #travelling #cardiff #cardiffbay #explore #adventure #pokemon #pokemongo

Finishing up with this one. Recognise her? She’s American, and off the telly or something …

Did you know Wales provides the scenery for a number of film and TV shows? You'll often see actors enjoying the sights. There's some Hollywood in town … Enjoying the history at Cardiff Castle #Repost @evalongoria ・・・ Cardiff Castle ⚔

If you’re keen for lovely pics of the city, don’t forget to follow IgersCardiff – they share the best of the rest and arrange Instameets where you can wander around and enjoy the city with fellow photography enthusiasts! 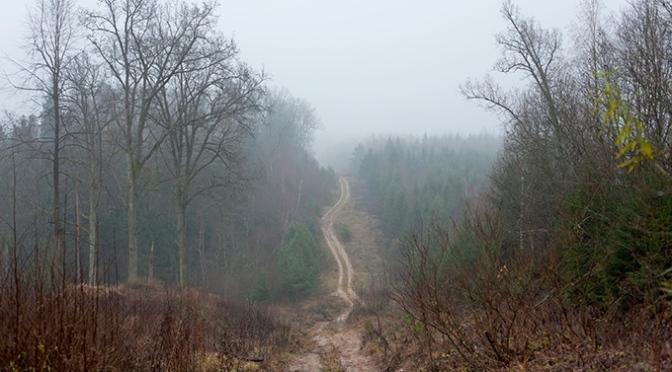 In 2013, Cardiff-based photographer and Ffotogallery tutor Michal Iwanowski set off on a 2,200 km journey from Russia to Poland. He travelled on foot, with a camera as his sole comrade, in solitude. He took a series of photographs on that journey: a project called ‘Clear of People’, which is currently running as a Kickstarter where you can preorder a copy.

70 years before, Michal’s grandfather and uncle had made the exact same journey, but their circumstances were very different. The men had spent a year in a prisoner-of-war camp in Kaluga, in Russia. Their daring escape was followed by a three month trek to Wroclaw, where their family were. The men struggled against constant cold, hunger and exhaustion, they moved under the cover of the night, avoiding any contact with people. Driven by their longing to return home, and having escaped death on numerous occasions, they eventually made it to Poland, and to safety. 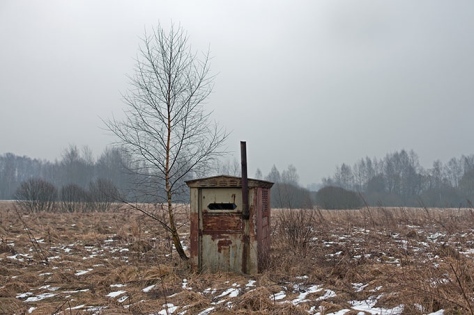 Michal’s trip was inspired by the fugitive odyssey of his family. He returned to Russia with a map and notes inherited from his uncle. He embarked on a similar journey, faithfully retracing every step, and just like Tolek and Wiktor before him, he steered clear of people along the way.

Here are some notes he inherited from his uncle:

A few kilometres in we started worrying they might already be looking for us. Suddenly Tolek noticed a boat tied to a large pale, floating on the Oka. The boat was small, but a boat nonetheless. The four of us wrestled the pale, and as it gave way, we jumped onboard and set off. Paddling with a plank ripped off the seat, we slowly steered away from the wretched Kaluga.

We made it across the river relatively quickly, considering it was much wider than Wisła. When we got close to the other side, we lay low and let the boat float some two kilometres down with the current before disembarking onto the sandy shore. (…) We walked until the break of dawn, sticking to the plan we’d only move during the night in order to avoid contact with people. (…) After eating half a rusk each, washing it down with hot water boiled over the fire, and smoking a cigarette, the first two went to sleep, while Tolek and I kept guard. We had agreed only two of us could sleep at the same time. 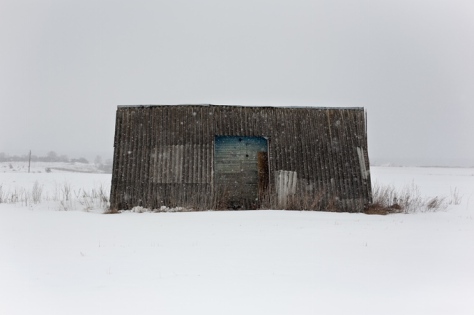 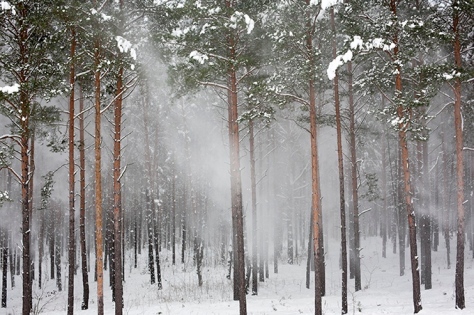 The resulting images are stark and beautiful. “It seems that in recent years the notion of the journey within landscape photography is more frequently focusing on personal rather than global stories, bringing to attention individual experiences and narratives that are otherwise often lost. I find this very refreshing,” says Michal.

Michal studied Documentary Photography at the University of Wales, Newport, graduating in 2008. His work explores the relationship between landscape and memory, looking for histories, individuals and traces about to fade, which explains a lot about this project.

‘Solitude was crucial to this project,’ says Michal. ‘Inability to share experiences and thoughts on a daily basis meant that I had only my camera to validate those. That kept me very focused and aware. Well, most of the time. Avoiding people, on the other hand, meant that I often lost track of time. There was no one there to remind me it was 2013 and people used mobile phones to find directions. For miles on end it was only trees and stones, most likely looking exactly the same as a century before, with names scratched into their bark, dating back to 1950s. It was a grand illusion, although I found myself constantly confronting black and white images from my memory, and translating them into the scenes I was seeing. Strangely enough, distant past didn’t feel that distant anymore.’

Support Clear of People and preorder a copy on Kickstarter now (a snip at only €42), as a treat yo’self gift OR the perfect present for the art lover in your life.

Clear of People on Kickstarter

The Clear of People series was previously shown in exhibitions in the United Kingdom, Lithuania, Belarus, Georgia and Poland. The photographer has been participating in international shows since 2004. 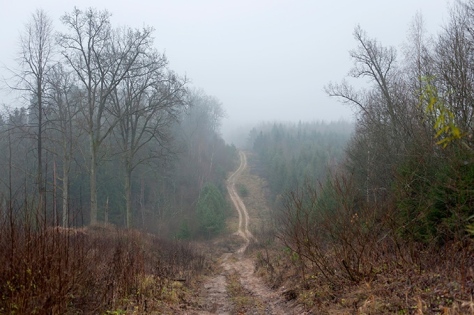 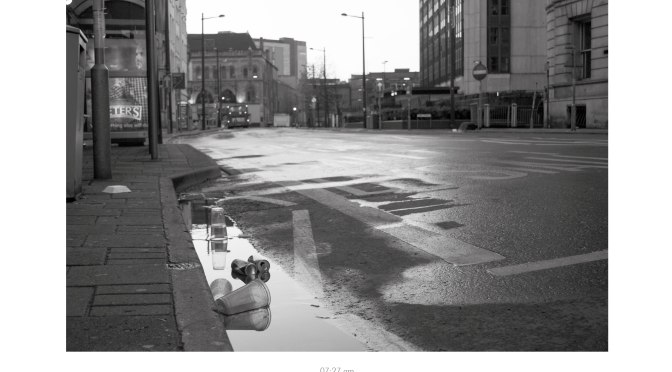 Last year, Brazilian photographer Jessica Ventura settled in Cardiff for a few months. We were lucky enough to have her shoot a couple of events for We Are Cardiff. Recently she sent across images of a project called “Invisible Soldiers”.

These photographs were taken here in Cardiff in the (very) early mornings. 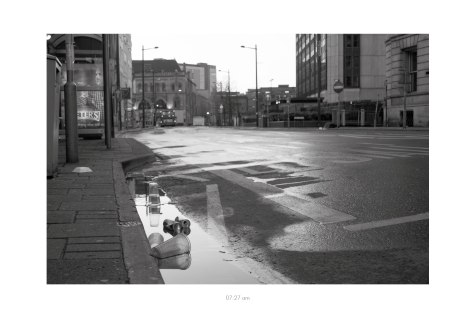 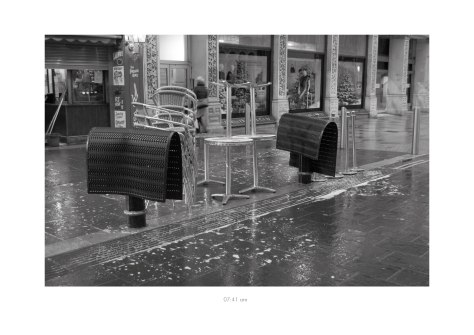 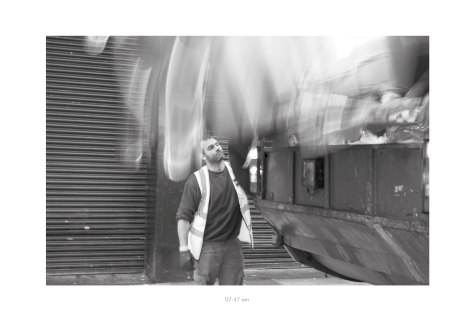 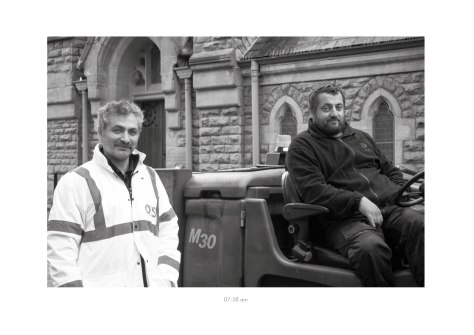 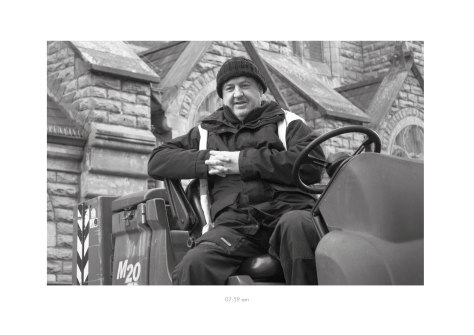 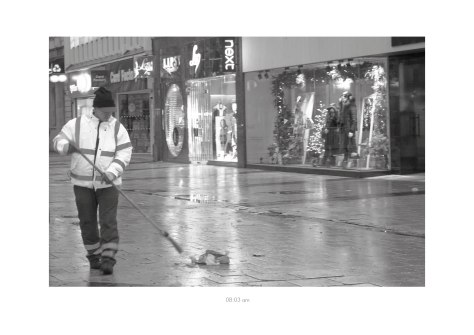 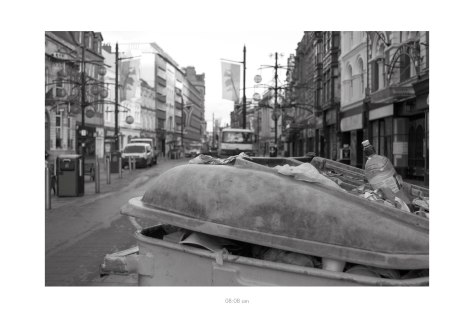 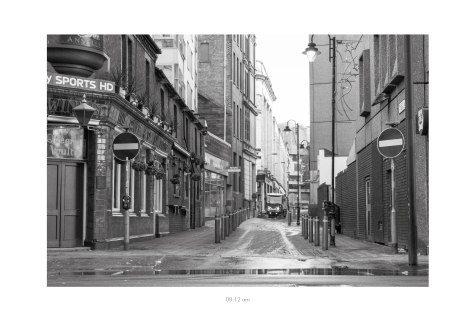 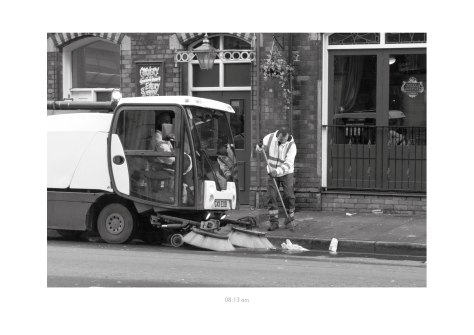 Jessica says: “In the end, the series is about the people that work to get the city ready for the next morning, and also the appearance of the centre of city when most of the people are still in bed and not even left their homes yet. This was the basic concept of my project.”

“I used to enjoy a lot to go out walking around to figure out what there was in different places in the city. I loved the arcades and the cosy coffee shops you can find in them. I also loved Bute Park – that was my favorite place in the city.”

“Another thing I liked about Cardiff was the fact that even being a capital with so much going on, it was still a calm place to live in.”

Big thanks to you, Jessica. We enjoyed having you here in the city!

Jessica’s other posts for us: 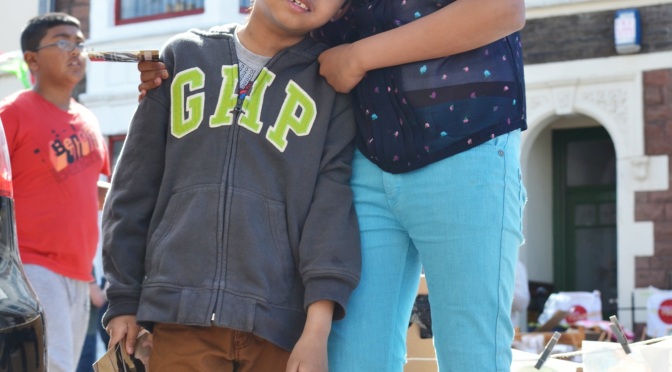 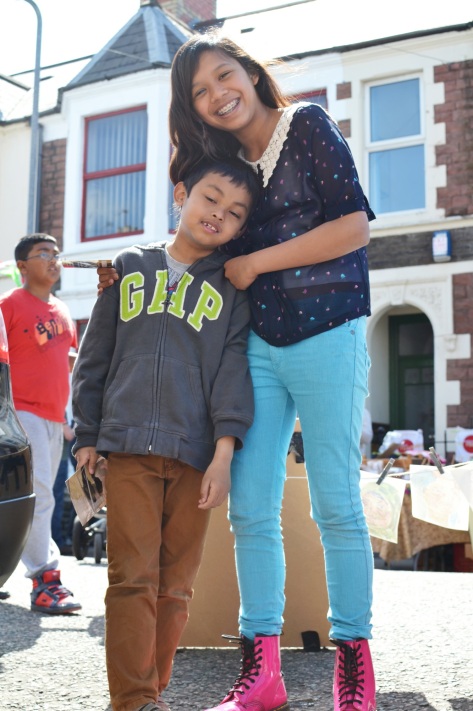 As seen in: Roath