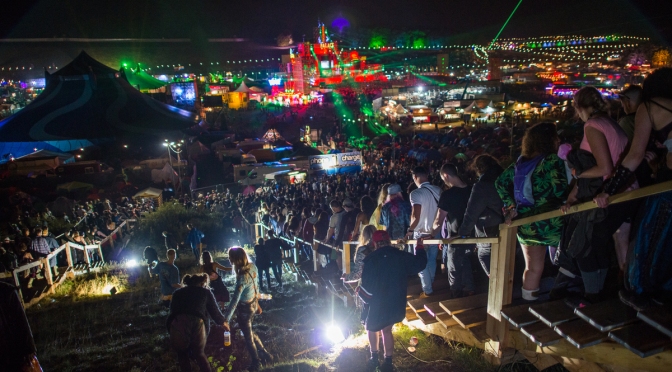 Not long now until the madness that is BoomTown kicks off! In celebration and anticipation, we tracked down the festival’s Head of Music – none other than Cardiff native Kaptin –  for a quick chinwag.

Describe the BoomTown vibe for people who haven’t been before.

It’s honestly like no other festival. The town is split into a number of districts and each district has its own streets and own vibe. For example, those who want to rave it up to Drum N Bass, Garage or the harder stuff like Raggatek can head into the backstreets of DSTRKT 5 where things are a little more wonderfully twisted, or our brand new Sector 6 district. For the Reggae fans, there’s either the lovely Hidden Woods or the massive Lion’s Den temple with artists such as Fat Freddy’s Drop, Madness and Damian Marley, plus then there’s many other districts from the chilled out Whistler’s Green or the plush(ish) Mayfair to the lawless Wild West or the even wilder OldTown where we have a life size pirate ship as the district’s main stage.

We have 27 main stages in total hosting everything from House to Hip-hop, Folk to Funk and Ska to Psy-Trance, but then there are tons of ‘inner city’ venues from the Job Centre to the Town Hall which are often populated by characters who will then set you different tasks or take you on a mini adventure.

It’s very theatrical and in fact there’s a whole story line that runs through the festival that you can keep an eye on. At the moment there’s a revolution happening against the corrupt Mayor, but I don’t want to give too much away as those coming will see the story unfolding around them as the weekend goes on. 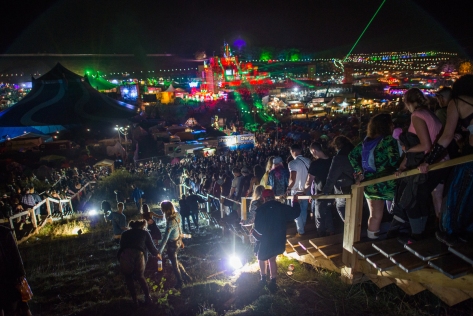 How did you get involved with BoomTown?

Well I’ve been involved in festivals for over a decade, either as a DJ or with crazy projects like the Inflatable Church so I met the BoomTown directors Lak and Chris along the way and Matt The Hat and I did some Secret Garden Parties in their old club Clockwork. Lak asked me to host their main stage the second year of BoomTown and from there I somehow became the original Town Mayor.

It was a couple of years after programming Cardiff Arts Institute and then a project in London that I started in the BoomTown office. I was originally given a couple of week’s work updating the music info on their website to help me on my feet as I’d just moved to Bristol, but then never left and in a bizarre few twists of fate ended up running the music office, then became the Head Of Music for the whole festival a few months later. 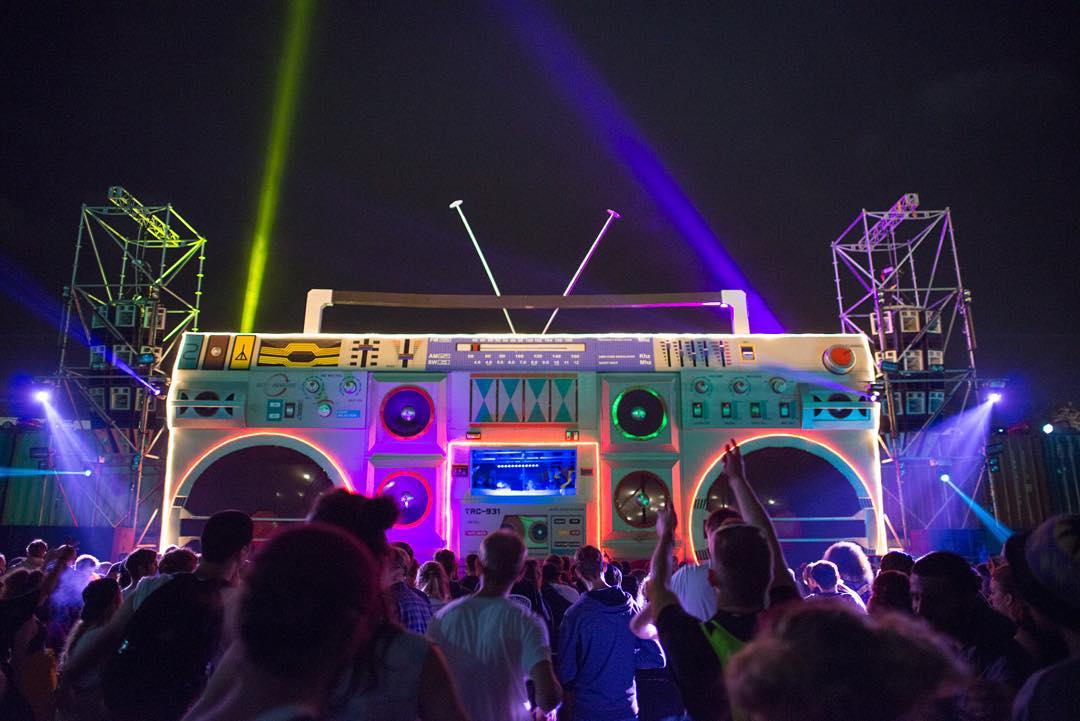 How has the festival changed through the years?

It never stays the same from year to year, but last year’s festival was certainly a turning point. The atmosphere on site was just beautiful, which is great considering how quickly the festival has grown. This year is our eighth and it’s 60,000 people, but it really feels like we’re growing in the right direction.

The team we have now is easily one of the best in the festival world and it’s surprising how much that feeds through into the whole atmosphere and experience of everything else. The festival has become infinitely more family friendly with a brilliant kids area and a lot more suitable districts to wander around, plus where the crowd used to be 90% Bristolian, now people come from over 90 different countries and the age of our citizens ranges right up to people in their 80s. 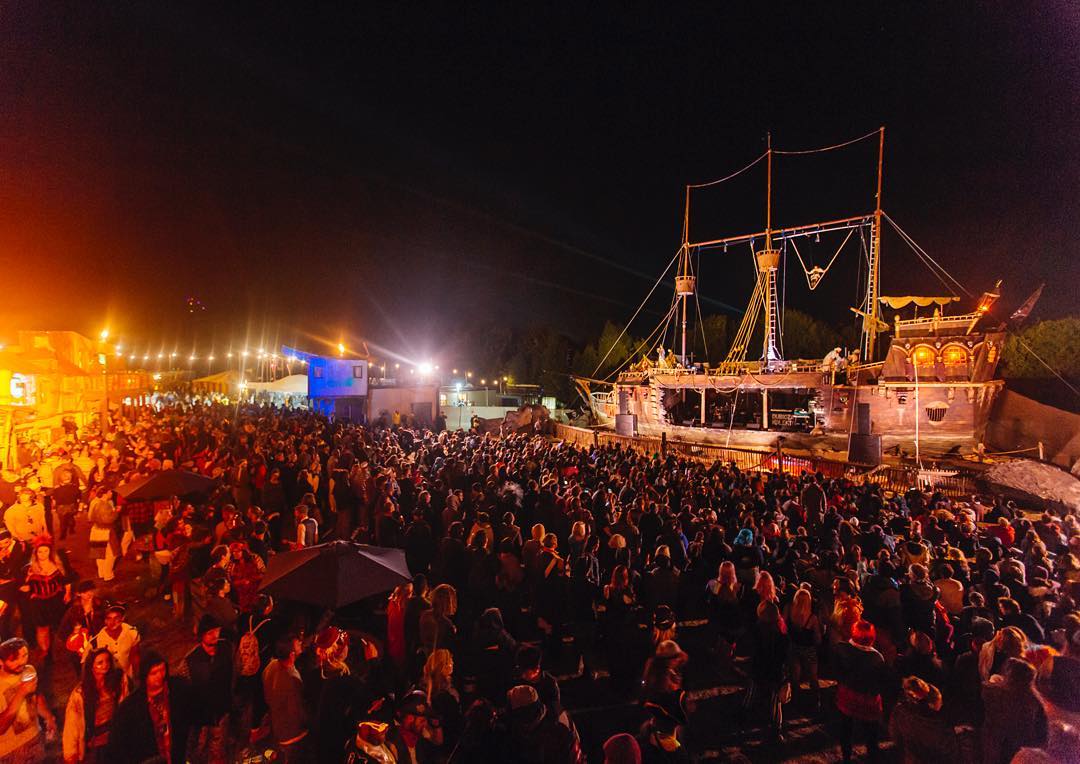 What can people expect this time that’s different?

Well if you’ve never been before then the whole experience will be different to anything you’ve had before, but even if you came last year, there are new stages such as our massive Sector 6 ‘Nuclear Power Plant’ and the Windmill Stage in our newly situated Whistler’s Green district, plus some of the other stages have evolved so we now have: the Scrap Yard to host the hardcore beats; Robotika for the classic dubstep, glitch hop and more experimental styles; and Vamos where you can find House and Techno acts such as Derrick Carter, Simian Mobile Disco, Alan Fitzpatrick and Jackmaster. 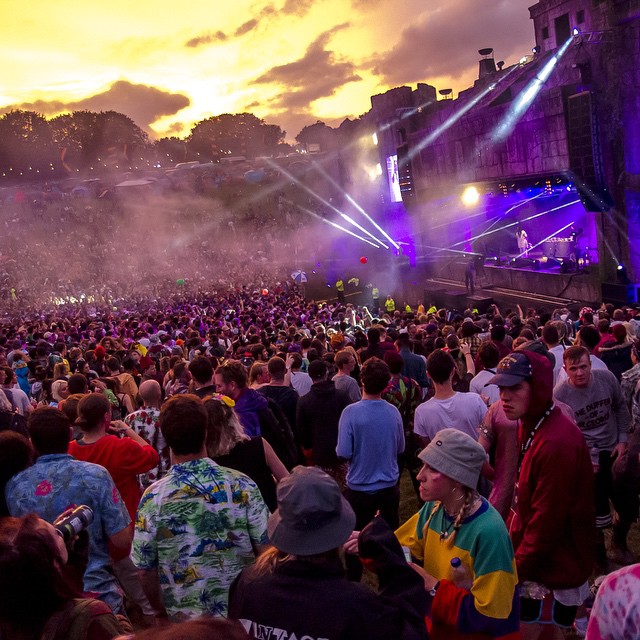 BoomTown seems to have a bit of a Cardiff link up – you’re there, the festival is full of Cardiff peeps – what’s the attraction??

Well in terms of bands and teams such as the Crazy Calamities crew, it’s been a pleasure to bring in people who I’ve been working with for years back home in Cardiff, but then in terms of the crowd, I think Cardiff people just know a really good thing when they find it and make the most out of it.

In my experience Cardiff has one of the best crowds to perform to and the BoomTown crowd are by far the liveliest and most giving I’ve ever seen, so they probably feel right at home.

Thanks Kaptin! Normal adult tickets are SOLD OUT but there are a couple of ticket + coach packages left. We’ll see you guys down the front!