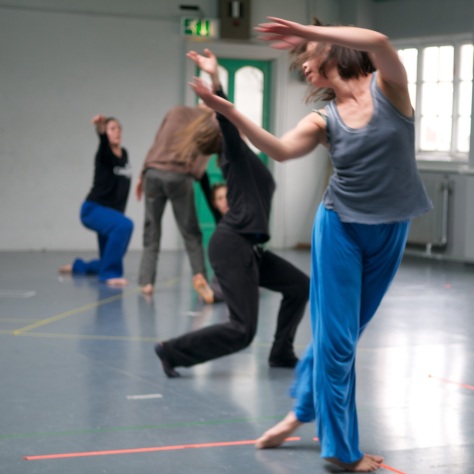 Cardiff has treated me well. I’ve been here for nearly seven years, and the doorway here was through dance, of all things.

It’s what I do, perform, teach, choreograph and since running away from London in 2006, I’ve been settling in. People have been so welcoming and right now I’m delighted, as having presenting my own work here at the Sherman Theatre, we’re currently on the road.

After arriving in Cardiff, I became Rehearsal Director and Artist Development for National Dance Company Wales. I taught, nurtured, and supported the dancers as we toured the UK and abroad. You could say this was my first proper job, as 20 years of choreographing and dancing on a stage, just never seemed like work.

In the last three years I have returned to choreographing and directing and met the many independent artists that Cardiff have to offer. Everyone from dance folk, visual artists, musicians, theatre people and those digital artists that spend a lot of time on their own. It’s interesting, a whole community thriving, creating and working together in multiple configurations.

There’s something here about enthusiasm and support. Without the people pooling resources and ideas many of these projects would not get off the ground and would still be inside the heads of the artists.

I’ve felt welcome and with support from the Cardiff dance scene, the theatres and Arts Council Wales I was able to rehearse, film and stage Witness – Portraits of Women Who Dance. The choreographic portraits are about three dancers, and what dancing means to them, about their bodies and what it is like to be be a performer or put on display. It’s staged on three large screens and the presentation lies somewhere between a documentary and a performance. The dancers are phenomenal, Ino Riga, Eeva-Maria Mutka and Annabeth Berkeley speak in depth and are so generous in their stories. For the most filming took place in Cardiff, we also shot Eeva’s portrait in the glorious West Wales countryside.

Witness has been a privilege to make, as a whole it tells another story about women, the ordinary and extraordinary, their strengths, flaws and being seen.

If you’re interested in actually doing dancing, whatever your age or ability, you might want to check out Rubicon Dance or National Dance Company Wales who have regular programmes to get involved.

If you’d rather watch someone else dance, there’s Chapter Art Centre, Wales Millennium Centre, Sherman Theatre or The Dance House at the Bay.

Jo Fong is a director, choreographer and performer working in dance, film, theatre and the visual arts. Visit jofong.com or  see Cardiff Dance on Facebook.

Jo’s show Witness – Portraits of Women Who Dance – is currently touring. Catch it at Aberystwyth Arts Centre on 21 February 2014, or at Theatr Brycheiniog in Brecon on 13 March 2014.

Jo was photographed at Chapter Arts Centre by Janire Najera