This summer, blog kween Phoenix headed up to Criccieth for a short writing retreat at the Literature Wales house, Tŷ Newydd. Here’s what she got up to.

I don’t know about you, but I’m a bit of a reluctant writer. I long to indulge that part of myself that creates words, but I find sitting down for periods of time difficult. My day job involves a lot of spreadsheets and emails, which makes the occasions where I’m trying to do creative work that involves my laptop even harder. Also there’s all that stuff about YOU’RE A WRITER CALL YOURSELF A MOTHERFLIPPING WRITER. But also cringe, and pride, and all those things.

Anyway. So I’d been thinking about doing a writing course for a while, but the thought of being so stationary (sit down and write!) kept putting me off. Some joyous synchronicity in my life, then, that drew my attention to a Literature Wales course, Yoga and Writing: The Sun in the Self. The course promised to combine meditation and movement, seeing what ideas we could generate – what we could churn up from the milky sea within – over five days in the beautiful house up in Criccieth. (Also an amazing excuse to get myself up to north Wales – in amongst some of the most beautiful scenery in the UK).

And it really is an incredible setting. Originally built in the fifteenth century, Tŷ Newydd is a Grade II* listed building that was the last home of former Prime Minister David Lloyd George, and the grounds were restyled by Sir Clough Williams-Ellis (of Portmeirion fame) in the 1940s. The gardens are full of thick, edible hedgerows (the rosemary bushes are thick and pungent, and absolutely amazing in Tony’s focaccia – more about Tony shortly!).

Our programme over the week consisted of morning meditation, storytelling, writing exercises and yoga practise every day, with free time in the afternoons for wandering and absorbing from the beautiful surroundings. Our practice was facilitated and led by yoga instructor and writer Sian Melangell Dafydd, who is totally fabulous and is currently based in Paris (which just adds to her fabulousness as far as I’m concerned), but leads workshops back in the UK throughout the year. She told us stories from Hindu mythology, focusing around water as the main theme for the week. The milky sea was a reference to our own deep consciousness … and how the practical aspects of the week and the exercises would help us churn up ideas and new themes for our own artistic work.

We also had two awe-inspiring female artists come to share their work with us: the first was Vivienne Rickman-Poole, a wild swimmer whose photography has been featured in the Guardian and other places … and Amali Rodrigo, a Sri Lankan poet who now lives in London, and who focuses on using mandalas in her creative work.

Also Vivienne took us wild swimming to a Snowdonia mountain lake! A lifetime highlight. No jokes. 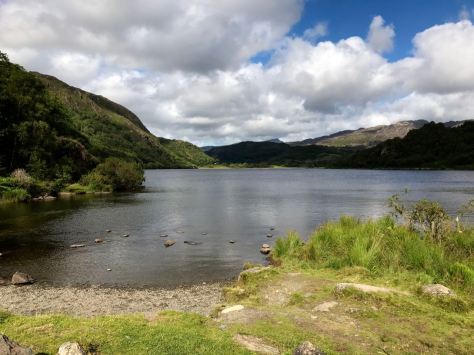 On the last day, I took advantage of the afternoon free time to do some solo exploring, seeking out an abandoned local mansion that Sian had visited some years before: Plas Gwynfryn Mansion. I got covered in soggy cow pats and possibly wandered a little way off the public footpath. But it was so incredibly worth it. 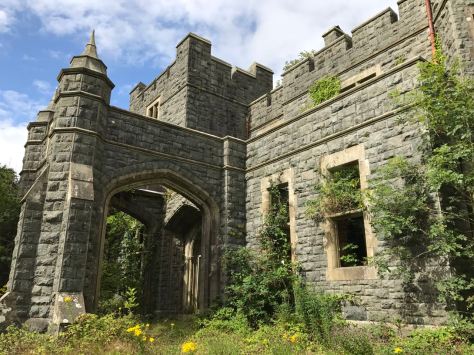 It was one of the most stimulating and challenging experiences of my entire life. Besides the visiting artists, and Sian, the other people on the course all brought with them their own ideas about writing, poetry, art, yoga, and artistic living. The exercises that we did, along with the visiting artists and the free time all served to challenge me to generate new ideas, and challenge existing modes of thinking I was stuck in, especially with my writing.

Also, I can’t really complete the review without saying something about the house’s chef, Tony. I’m not a vegan, or even a vegetarian – but we had vegan food all week, and it was absolutely delicious. I volunteered in the kitchen one afternoon, and Tony even showed me how to make focaccia, a skill that I have brought home with me … and don’t intend to forget. 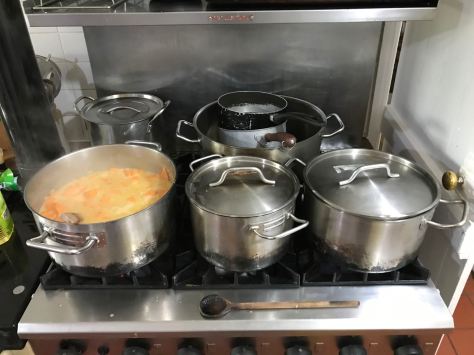 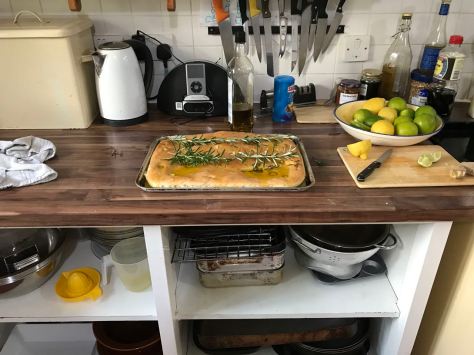 So in conclusion: it was the perfect retreat, and I would absolutely recommend to anyone who’s looking for a few days out to indulge their “inner child” in.

And if all the yoga and meditation sounds a bit much for you, Tŷ Newydd also has a whole range of other kinds of writing courses – specialising on poetry, non-fiction, memoir, scripting, short stories, and even modern mythology, delivered in English and also some courses in Welsh. A highly recommended investment in your writing self.